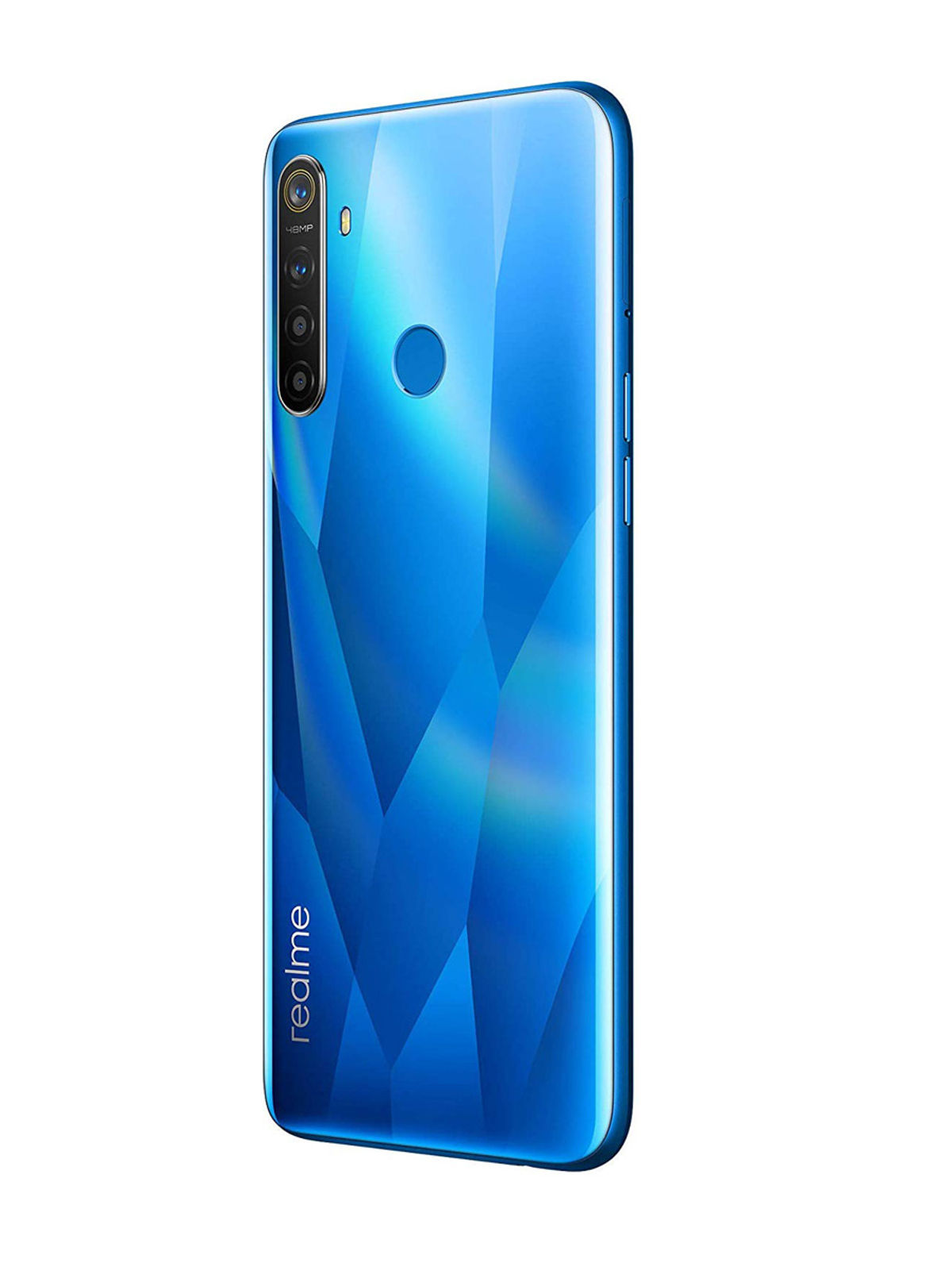 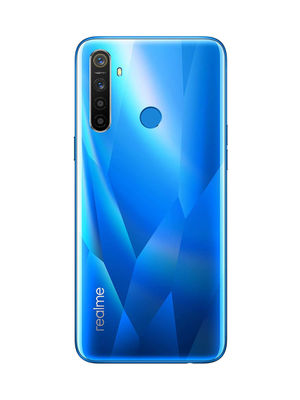 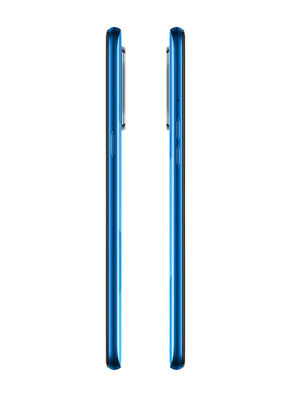 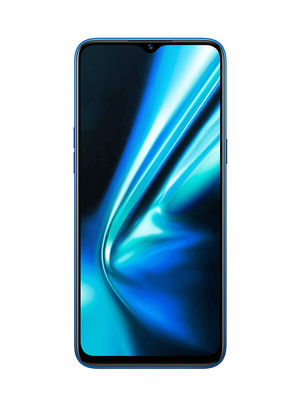 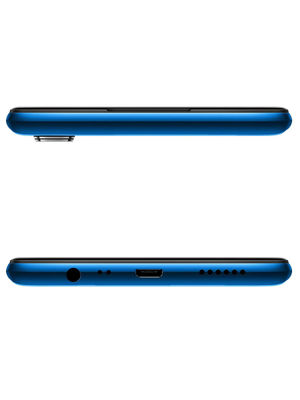 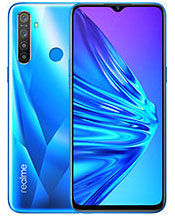 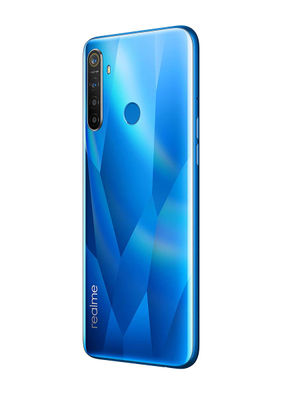 Realme has launched the Realme 5s in India. The phone is an upgraded version of the Realme 5 and features a 48 MP Samsung GM1 sensor on the rear.

The Realme 5s 128GB smartphone looks similar to the Realme 5s and has a 6.5-inch display. The phone is powered by a Qualcomm Snapdragon 665 octa core processor and is available in 4 GB of RAM and 64 GB of storage, and 4 GB of RAM + 128 GB of storage.  The smartphone supports dual-4G VoLTE support, dual-band Wi-Fi, Bluetooth 5, and GPS connectivity. It is backed by a 5,000mAh battery. The Realme 5s runs on the company’s proprietary ColorOS 6.0.1.

The phone has a 48 MP primary camera which has Samsung’s GM1 sensor. It has a second 8 MP wide-angle camera; a 2 MP depth sensor; and a 2 MP macro camera. For selfies, the phone has a 13 MP front camera with an f/2.0 aperture.

The Realme 5s phone is available for sale in India and features a 6.5-inch HD+ display with a waterdrop-style notch. The phone has a 5,000mAh battery, and a Qualcomm Snapdragon 665 octa-core processor. The phone has a quad-camera setup at the back with a 48 MP main sensor. The Realme 5s price starts at Rs. 9,999 for the base 4 GB RAM + 64 GB storage variant, while the higher-end 4 GB RAM + 128 GB storage variant is priced at Rs. 10,999. The phone is available in Crystal Blue, Crystal Purple, and Crystal Red colours.

The Realme 5, Realme 5i, and Realme 5s phones have started receiving the Android 10-based Realme UI update in India. The company had officially announced the rollout of the latest updates to all the three phones. The new update brings features like a new interface, optimised three-finger screenshot gesture, optimised smart sidebar, navigation gesture 3.0, and much more. The updates also bring Airtel and Jio Wi-Fi calling support for all the three phones. The firmware version for the Realme 5s updates is RMX1911EX_11_C.39. The Realme 5s 128 GB price in India starts from Rs 11,999.

The Realme 5s has received a price hike in India and is now available starting at Rs 11,999 for the 4 GB of RAM and 64 GB of internal storage variant which was earlier priced at Rs 10,999. The Realme 5s 4 GB of RAM and 128 GB of internal storage which was launched at Rs 11,999 earlier this year will now be available for Rs 12,999. The new prices are updated on Realme.com and ecommerce retailer Flipkart. Apart from this, Realme has also hiked prices of the Realme 6, Realme C2, and the Realme 5i in India.

Realme's latest offering has a splash-resistant build and runs Android Pie with ColorOS 6 skin on top. It comes with features such as AI Freeze and Screen Battery Optimization Mode. It is available in three colours including Crystal Blue, Crystal Purple, and Crystal Red. The phone has a 6.5-inch HD+ (720 x 1600 pixels) display with an 89 percent screen-to-body ratio. It ships with Corning Gorilla Glass 3+ protection. Realme 5s dimensions are 164.4x75.6x9.3mm and it weighs 198 grams.

The physical design and features of the Realme 5s are identical to the Realme 5. The phone measures 9.3mm in thickness and has a diamond-cut pattern on the back. The phone has a triple-slot tray on the left. It has a polycarbonate back and comes with Corning Gorilla Glass 3+ that protects your phone from accidental scratches. The Realme 5s has a Micro-USB port on the bottom of the phone instead of a USB Type-C.

The phone packs a quad rear camera setup which includes a 48 MP primary snapper that employs the Samsung ISOCELL GM1 sensor with an f/1.8 aperture. It has an 8MP wide-angle shooter with a 119-degree (±1.5-degree) field of view and an f/2.25 aperture, a 2 MP macro lens with an f/2.4 aperture, and a 2 MP portrait camera with an f/2.4 aperture. On the front, the phone has a 13 MP selfie snapper that supports HDR, AI Beautification, and Time Lapse features.

The phone comes with a Super Nightscape 2.0 mode for low-light photography and it is capable of shooting 4K videos at 30fps while slo-mo 1080p videos max out at 120fps.

Under the hood, the phone is powered by the octa-core Qualcomm Snapdragon 665 2.0GHz processor and it is paired with 4GB of RAM. The phone comes with accelerometer, proximity, ambient light, gyroscope, compass, and a fingerprint sensor for authentication.

The mobile phone has a mammoth 5,000mAh battery that the company claims can provide a standby and video watching time of 718 hours and 12 hours, respectively. The device is available in 64 GB and 128 GB variants, with expandable phone memory up to 256 GB via a dedicated microSD card slot.

Realme 5s 128GB In NewsView All