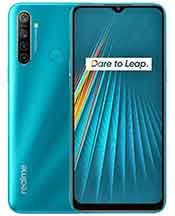 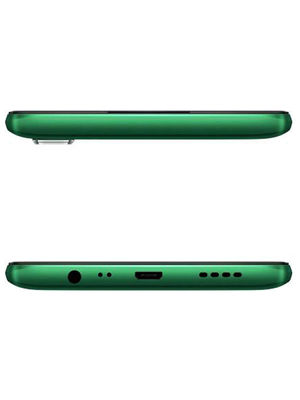 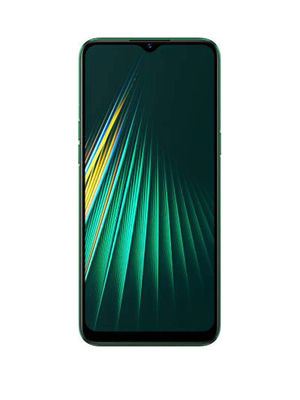 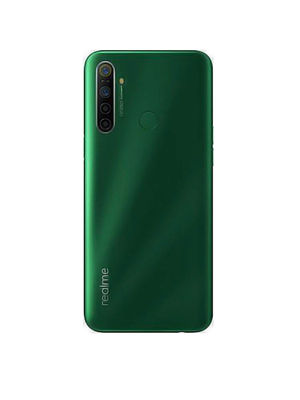 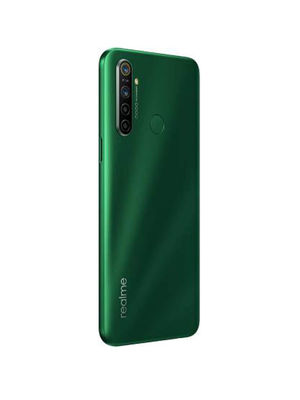 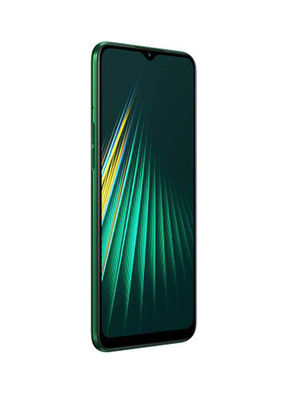 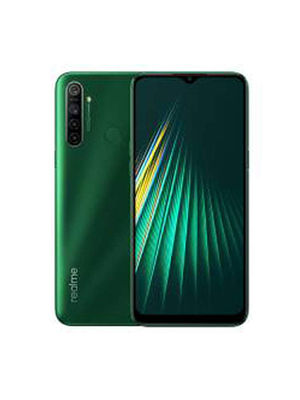 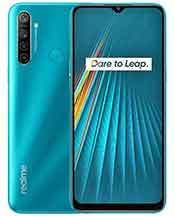 12 MP primary sensor, a wide-angle camera, a macro camera, and a depth sensor. Under the hood, the phone is powered by a Qualcomm Snapdragon 665 octa core processor paired with 4 GB of RAM and 64 GB of storage. The phone has expandable storage up to 256 GB. It runs on the company’s proprietary ColorOS 6.0.1.

Realme 5i smartphone comes with the company's own Game Center and App Market which are alternatives to the Google Play Store. The phone comes with Android's Digital Wellbeing feature along with a dark mode. The Realme 5i will receive Realme UI updates soon, which will make it look more like stock Android, however there is no word on an update to Android 10 yet. The smartphone packs a Snapdragon Qualcomm 665 octa core processor and 4 GB of RAM. It is backed by a 5,000mAh battery.

Realme 5i, Realme 5, Realme 5s, and Realme C11 smartphones are 11. C. receiving the September 2020 updates. The devices are receiving the update in a staged manner, before a global rollout. The update will bring fixes to different issues, as well as add the super night-time standby feature on all the phones. The version number for the Realme 5 and Realme 5s updates in India is the same at RMX1911EX_11. C.55, whereas the Realme 5i latest update has the version number RMX2030EX_11. C.53. Users can download the update from the dedicated software upgrade page by the company.

Realme 5i smartphone has got the latest July 2020 update according to the community pages. The update brings new features and bug fixes. The Realme 5i gets update version RMX2030EX_11. C.53. Redmi says that the update is being rolled out in a staged manner and will be available OTA. They will be randomly pushed to some users initially, and once the company makes sure there are no critical bugs, it will be pushed to a broader user base, and eventually all Realme 5 series users. To check if you have received the update, Redmi 5i users can go to Settings > Software Update.

The phone has a 6.52-inch HD+ display with 720 x 1600 pixels resolution. The device has a 20:9 aspect ratio and 269 ppi of pixel density. The display panel has a 2.5D curved Corning Gorilla Glass 3 protection against scratches. the phone has dimensions of 164.4x75x9.3 mm and weighs 195 grams. It is available in Aqua Blue and Forest Green colour options.

The phone has a quad rear camera setup which includes a 12 MP primary sensor along with an f/1.8 lens, a second 8 MP sensor that has a wide-angle f/2.25 lens, and two 2 MP sensors that have f/2.4 portrait and macro lenses. The phone has an LED flash. For clicking selfies, there is an 8 MP camera sensor at the front along with an f/2.0 lens. The phone comes with features like Beauty, HDR, Portrait, Time-lapse, Slo-mo, NightScape 2.0, and Expert.

The Realme 5i runs Android 9 Pie with ColorOS 6.0.1 on top. Under the hood, it is backed by an octa-core Qualcomm Snapdragon 665 octa-core (4x2.0 GHz Kryo 260 Gold & 4x1.8 GHz Kryo 260 Silver) SoC, paired with 4GB of RAM. The phone has a planned upgrade to Android 10.0. The Realme 5i has the company's own Game Center and App Market that offers a number of games and apps. The phone has Android's Digital Wellbeing feature as well as a system-wide dark mode.

The Realme 5i has 64 GB of internal storage that is expandable up to 256 GB via a microSD card slot. It is backed by a 5,000mAh battery with 10W charging support.

The Realme 5i has been launched in a single 4GB RAM + 64GB storage variant. It runs Android 9.0 OS and is powered by a Qualcomm Snapdragon 665 processor with 4 GB of RAM. It supports dual sim with dual standby.

Connectivity options include on the device are 4G VoLTE, Wi-Fi, Bluetooth v5.0, GPS/ A-GPS, Micro-USB, and a 3.5mm headphone jack. Sensors included on the device are an accelerometer, gyroscope, ambient light, and a proximity sensor. There is also the rear-mounted fingerprint sensor for biometric authentication and added security.

Is the Realme 5i waterproof?
The Realme 5i smartphone has a splash-resistant Design, that protects all interior and exterior components from water-splash, which includes the display screen, back cover, and the buttons. It has airtight waterproof sealing.
Is Realme 5i a dual 4G smartphone?
The Realme 5i runs on Android 9.0 OS and is powered by a Qualcomm Snapdragon 665 octa core processor with 4 GB of RAM. The Realme 5i comes with dual sim with dual standby, 4G VoLTE, Wi-Fi, GPS, and Bluetooth v5 connectivity.
Has Realme 5i smartphone received the latest Android 10 OS update?
The Realme 5i has received the company’s proprietary Realme UI based on Android 10. The official roll-out of the update started in May 2020, and it was rolled out in batches. To get the update you need to be on version A. 20 (latest version).

Compare Realme 5i VS Redmi 9 Prime

Compare Realme 5i VS Realme C15

Compare Realme 5i VS Realme 6

Compare Realme 5i VS Realme 6i