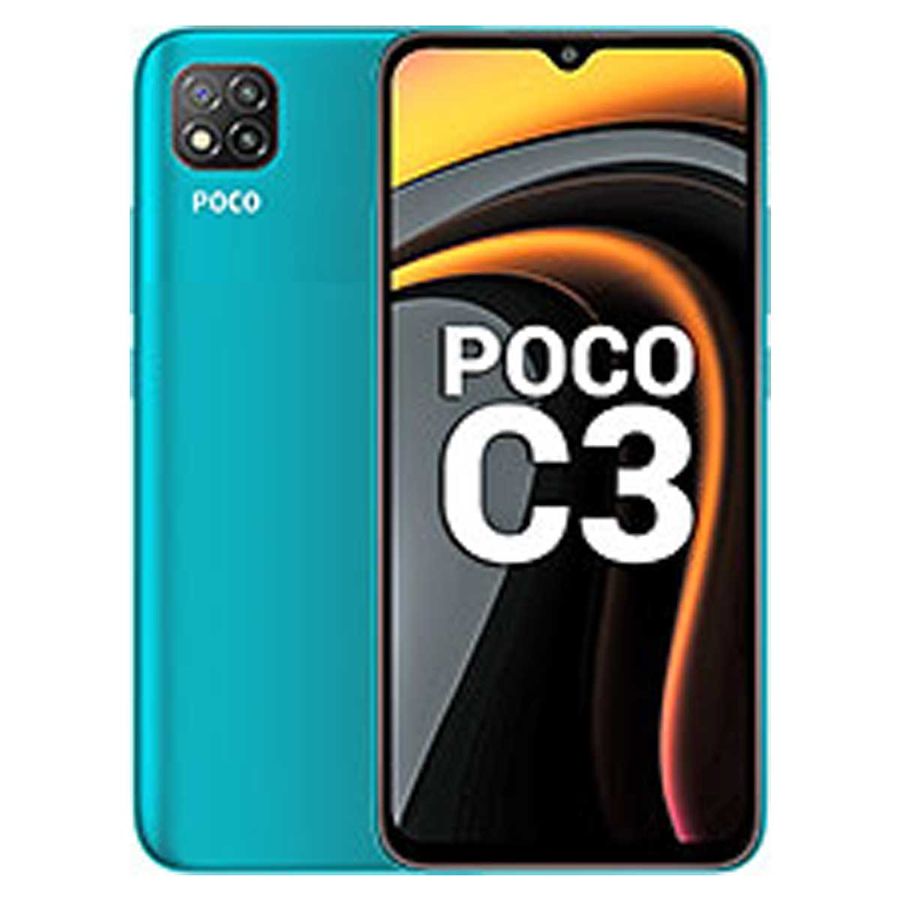 Poco C3 has been launched in India on October 6, 2020. The phone has a 6.53-inch HD Plus LCD touchscreen display with 720 x 1600 pixels resolution. It is powered by an octa-core MediaTek Helio G35 processor and come with 3 GB of RAM. It runs on Android OS and is powered by a 5000mAh battery. It supports proprietary fast charging. The phone comes with a a triple rear camera setup, an HD+ display, a

large battery, a waterdrop-style notch which houses the selfie camera, and an aspect ratio of 20:9

The phone features a 6.53-inch HD+ LCD display with 720 x 1,600 pixels resolution and a waterdrop-style notch which houses the front selfie camera. It has a 20:9 aspect ratio. It is available in Arctic Blue, Lime Green, and Matte Black colours. The phone has P2i-rating for splash-resistance. It has dimensions of 164.9 x 77.1 x 9 mm of 194 grams.

The Poco C3 runs the company’s proprietary MIUI for Poco which is based on Android. Under the hood, the device is powered by a MediaTek Helio G35 octa-core SoC, paired with up to 4 GB of RAM. It has a PowerVR GE8320 GPU.

It packs 32 GB of inbuilt storage which is expandable via a dedicated microSD card slot up to 512 GB. The Poco C3 has a 5,000mAh battery with support for 10W fast charging.

The dual-SIM (GSM and GSM) smartphone accepts Nano-SIM and Nano-SIM cards. Connectivity options included on the Poco C3 are Wi-Fi, GPS, 3G, and 4G. The phone has microUSB charging and comes with an FM Radio.

The Poco C3 runs the company’s proprietary MIUI based on Android. Under the hood, the smartphone is powered by a MediaTek Helio G35 octa-core processor, paired with up to 4 GB of RAM and up to 64 GB of internal storage. It has a PowerVR GE8320 GPU. 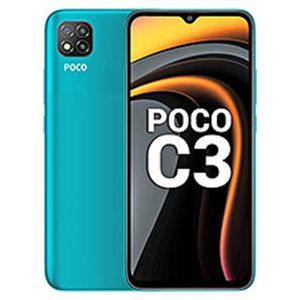 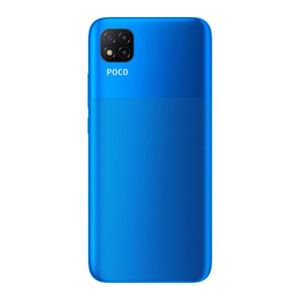 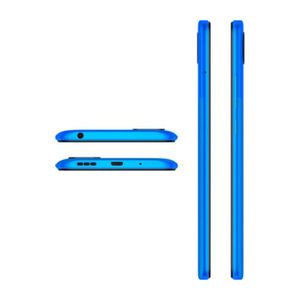 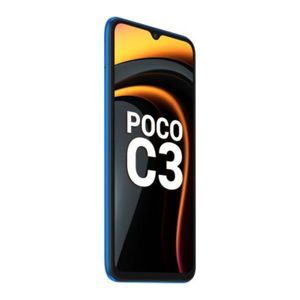 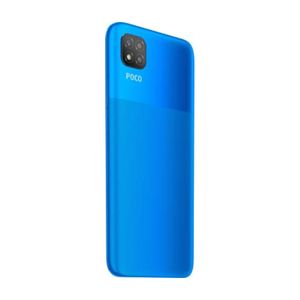 The Poco C3 has a 5000 mAh battery that supports fast charging 10W over Type-C.

Yes, the Poco C3 has a fingerprint sensor.

Poco C3 In News View All

Xiaomi Poco C3 Flipkart listing has revealed some key specifications of the budget offering, ahead of its launch on October 6. In the heads up the launch, Poco has been releasing teasers of the C3...

The Poco C3 has officially launched in India as the new budget offering by the Xiaomi sub-brand. The Poco C3 goes up against the likes of the Realme C11, Realme C12 and Realme C15 and has...

Sony has teased that they will be soon announcing a new selfie-oriented phone, rumoured as the Xperia C3. Leaked images of the Sony smartphone have already hit the web. According to rumours, the smartphone has...