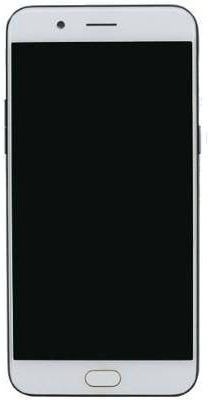 Current Best Price of Oppo R11s Plus is ₹ 0

Oppo R11s Plus was launched in November 2017 & runs on Android 7.1 OS. The Smartphone is available in two color options i.e. Black, White & has a built in fingerprint sensor as the primary security feature, along with the host of connectivity options in terms of 3G, 4G, GPS, Wifi, NFC Bluetooth capabilities. The phone is available with 64 GB of internal storage.

The Smartphone is powered by a Octa core Snapdragon 660 Processor. A 6 GB of RAM ensures

phone runs smoothly even the most memory intensive applications & still shows no signs of lag. 64 GB of internal storage can be expanded to 256 GB via a microSD card.

The Phone comes with a large 4000 mAh battery to support it's 6 inch screen with AMOLED capacitive display having a resolution of 2160 x 1080 at 402 ppi. The screen is also protected by a Corning Gorilla Glass.

Motorola Moto G9 Plus and Moto E7 Plus are the two upcoming phones from the company in the mid-range and budget smartphone segments respectively. Details about the Moto G9 Plus and E7 Plus have been...

Motorola Moto G9 Plus key specifications including the design and price may have been leaked after a listing of the phone went live on the website of telco Orange Slovakia. The listing reveals several key...