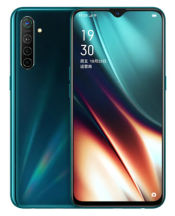 Chinese smartphone maker Oppo has launched the Oppo K5 smartphone. The device has a 6.4-inch display screen and a quad rear camera setup. Powered by a Qualcomm Snapdragon processor the phone is available in 6 GB and 8 GB RAM variants. The K5 has a 4,000mAh battery that will keep the lights on.

2340 pixels resolution. The K5 has Corning Gorilla Glass 5 protection against bumps and scratches. The phone is available in Fantasy forest, Polar sunshine, and Cyber ​​metal colours. The dimensions of the phone are 158.7 x 75.2 x 8.6 mm and it weighs 182 grams.

The Oppo K5 runs on Android 9.0 OS out of the box with the company’s proprietary ColorOS 6.1 on top. Under the hood, it is powered by a Qualcomm Snapdragon 730G processor with 6/8GB RAM. It has Adreno 618 GPU.

The K5 supports a fingerprint reader and also comes with a face unlock feature.  It has an array of sensors including accelerometer, proximity sensor, GPS, gyroscope, and light sensor. The phone has Dolby Atmos sound and comes with a 3.5 mm headphone jack.

Oppo has put a non-removable 4,000mAh battery in the phone. Similar to most mid-range phones, the Oppo K5 has 30 W fast-charging support. It charges up to 67% in 30 minutes with the VOOC Flash Charge 4.0 tech.

The Qualcomm SDM730 Snapdragon 730G chip supports the processing and functioning of the Oppo K5. Qualcomm’s “G” series chips are dedicated to gaming phones. Under the hood, the K5 has a 2.2 GHz Octa-core CPU with 2x2.2 GHz Kryo 470 Gold and 6x1.8 GHz Kryo 470 Silver processors. It is available in 128 GB and 256 GB internal storage variants.