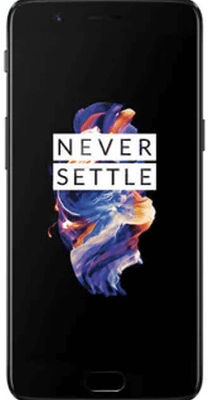 The OnePlus 6 is built for speed from the ground up. The smartphone has the history of being a flagship killer, but despite the top-of-the-class hardware, the compromises in OnePlus phones have also remained consistent, so much so, that it is now acts as a deterrent to buy this over an expensive flagship. The OnePlus 6 is still just as fast, even more beautiful but has the same flaws as last time.

OnePlus 6 128GB was launched in May 2018 & runs on Android 8.1 OS. The Smartphone is available in three color options i.e. Mirror Black, Midnight Black, Silk White & has a built in fingerprint sensor as the primary security feature, along with the host of connectivity options in terms of 3G, 4G, GPS, Wifi, NFC Bluetooth capabilities. Priced at Rs. 39999 the phone is available with 128GB of internal storage.

The Smartphone is powered by 2.8 GHz Octa core Snapdragon

845 Processor. A 8 GB of RAM ensures phone runs smoothly even the most memory intensive applications & still shows no signs of lag. 128GB of internal storage can not be expanded further.

The Phone comes with a large 3300 mAh battery to support it's 6.28 inch screen with Optic AMOLED display having a resolution of 1080 x 2280 at 402 ppi. The screen is also protected by a durable Scratch Resistant glass. 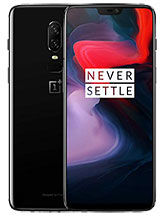