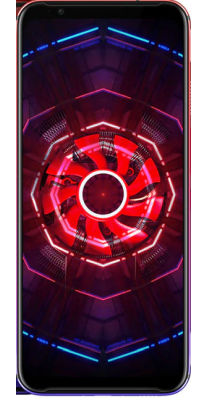 The Nubia Red Magic 3 packs a lot of features for a gaming phone, and it’s also the most affordable Snapdragon 855-powered gaming unit in the market right now. Everything from a high refresh-rate display to the ability to tweak CPU and GPU speeds to a literal fan inside the body and RGB lights, this is essentially what we expect from gaming smartphones these days. But it would’ve been all the more better if the performance also matched the feature list. Unfortunately, the phone doesn’t come across as well-optimised to utilise the sustained high-performance while gaming, as indicated by the frame rates most games delivered. There’s work to do and Nubia could just as well finish the job via a software update. 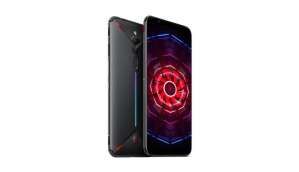 Nubia Red Magic 3 smartphone was launched first in China back in April, and comes with a Qualcomm Snapdragon 855 SoC, up to 12GB of RAM, a 90Hz refresh rate display, and a massive 5,000mAh battery. The phone is now available in India, and is meant for gaming enthusiasts with its powerful specs.

The Nubia Red Magic 3 packs a 48MP rear camera with an f/1.79 aperture, and a 16MP front camera for selfies, with an f/2.0 aperture. The phone is capable of clicking awesome images with immense details even in dim light conditions.

The Nubia Red Magic 3 is powered by an octa-core Qualcomm Snapdragon 855 processor paired with 8GB of RAM. The Nubia Red Magic 3 runs Android Pie out of the box. The device comes with a host of gaming-centric features such as Game Space 2.0. It acts as the central gaming dashboard for tweaking performance settings, organising games, real-time stat monitoring, notification management, and much more.

The phone employs an internal turbo fan for thermal management.  It has built-in capacitive shoulder triggers that aim to replace on-screen buttons for more precise control.

The phone is powered by a mammoth 5,000mAh battery and supports proprietary fast charging technology. Its packs 128GB of inbuilt storage. The phone is a dual-SIM smartphone that accepts Nano-SIM and Nano-SIM cards.

It is no secret that the Vivo S9 is scheduled to launch on March 3. And ahead of its launch, the company has teased the device revealing the rear panel design of the Vivo S9...

Samsung is updating one of its more popular smartphones from last year, the Galaxy A51. The phone is currently receiving the OneUI 3.0 update in India which is based on Android 11. The update comes...

Honor, which was the former subsidiary of the Huawei conglomerate, is now all set to enter the market with its foldable device lineup called “Magic”. All the folding devices from this brand will be released...