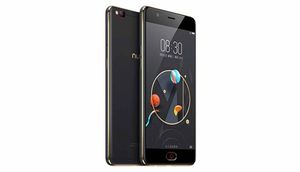 The Nubia M2 Lite is a great looking smartphone, but beauty is only skin deep. It pales in comparison to competitors and though selfies are its USP, it's nothing extraordinary there either.

Nubia M2 Lite was launched in March 2017 & runs on Android 7.0 OS. The Smartphone is available in two color options i.e. Black, Gold & has a built in fingerprint sensor as the primary security feature, along with the host of connectivity options in terms of 3G, 4G, GPS, Wifi Bluetooth capabilities. Priced at Rs. 6499 the phone is available with 32 GB of internal storage.

The Smartphone is powered by a Octa core Mediatek MT6580 Processor. A 4 GB

The Phone comes with a large 3000 mAh battery to support it's 5.5 inch screen with HD IPS LCD Capacitive touchscreen display having a resolution of 720 x 1280 at 267 ppi.

Nubia M2 Lite comes with a 13 megapixel rear Camera and 16 megapixel front Camera. The Smartphone has a low camera aperture of 2.2.