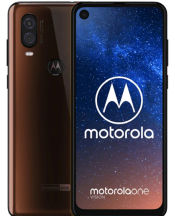 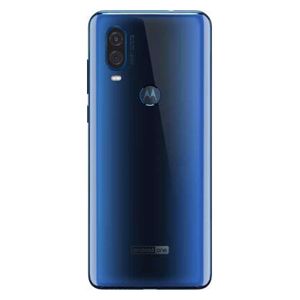 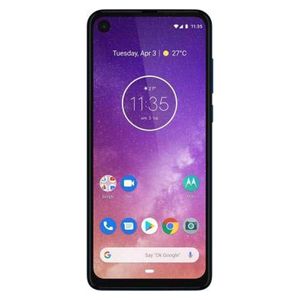 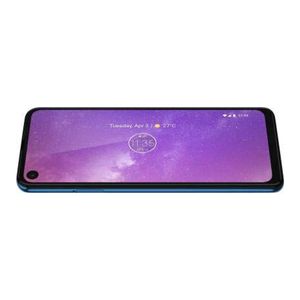 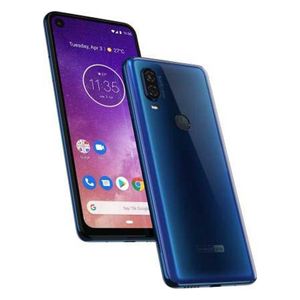 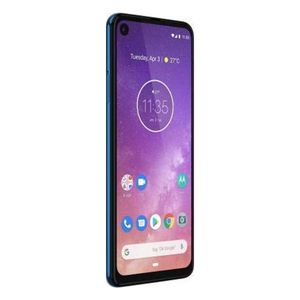 Current Best Price of Motorola One Vision is ₹ 19990

The Motorola One Vision attempts to solve the pain-point of good imaging and a good display and in that, while the One Vision's display takes time to get used to, it's actually quite helpful in both ergonomics and visual experience.The One Vision's camera however is largely inconsistent especially while shooting under tricky conditions, but it does have one of the sharpest night modes. As for the performance, it's nothing extraordinary but does allow games to run smoothly. Read the full review to find out more. 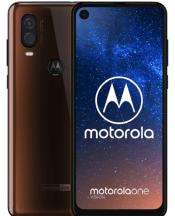 Motorola One Vision was launched in June 2019 & runs on Android 9 OS. The Smartphone is available in two color options i.e. Bronze gradient, Sapphire gradient & has a built in fingerprint sensor as the primary security feature, along with the host of connectivity options in terms of 3G, 4G, GPS, Wifi Bluetooth capabilities. The phone is available with 32GB of internal storage.

The Smartphone is powered by 2.2 Ghz octa core Exynos 9609 Processor. A 4GB of RAM ensures

phone runs smoothly even the most memory intensive applications & still shows no signs of lag. 32GB of internal storage can be expanded to 512GB via a microSD card.

The Phone comes with a large 3500 mAh battery to support it's 6.3 inch screen with IPS display having a resolution of 1080 X 2520 at 432 ppi. The screen is also protected by a Corning Gorilla Glass.

Motorola One Vision boasts of dual primary camera of 48 + 5 megapixel and 25 megapixel front Camera. The Smartphone has a low camera aperture of f/1.7. It also supports Face Detection and high dynamic range(HDR) imaging.

Motorola One Vision Price in India updated on 12th Nov 2020

Compare Samsung Galaxy J6 Plus 64GB VS Motorola One Vision

Compare Samsung Galaxy A70 VS Motorola One Vision