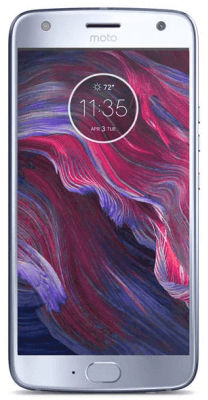 If you want to be the first to try out the new Moto Action and the AI-centric camera features before anyone else on a Moto phone, you are more than welcome. But do note that these features will be a standard across all Moto phones this year and especially the upcoming Moto G6 that is slated to launch at MWC 2018, which will be much cheaper than the Rs 24,999 price tag the Moto X4 (6GB) carries.
The 6GB Moto X4 with 64GB storage now sits at the top, followed by the 4GB Moto X4 with 64GB storage and 3GB Moto X4 with 32GB of storage. So, the phone starts from Rs 20,999 and goes all the way up to Rs 24,999. Essentially, you have a version of Moto X4 for every budget in the Rs 20k-Rs 25k range. More choice is always welcome, but if there’s little to differentiate between them, it only ends up confusing the buyer.

Motorola Moto X4 6GB was launched in February 2018 & runs on Android 8.0 OS. The Smartphone is available in two color options i.e. Super Black, Sterling Blue & has a built in fingerprint sensor as the primary security feature, along with the host of connectivity options in terms of 3G, 4G, Wifi, NFC Bluetooth capabilities. Priced at Rs. 11787 the phone is available with 64 GB of internal storage.

The Smartphone is powered by 2.2 GHz Qualcomm Snapdragon 630 processor.

A 6 GB of RAM ensures phone runs smoothly even the most memory intensive applications & still shows no signs of lag. 64 GB of internal storage can be expanded to 2 TB via a microSD card.

The Phone comes with a large 3000 mAh battery to support it's 5.2 inch screen with an Full HD LTPS IPS display. The screen is also protected by a Corning Gorilla Glass. 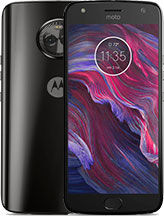