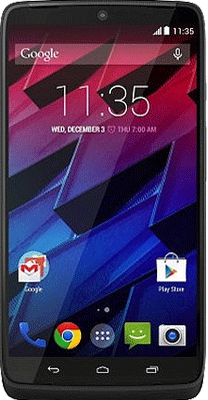 The Moto Turbo is by far the most powerful smartphone that we've tested so far. It outperforms the likes of the Galaxy Note 4 and lives up to its 'beast' monicker. If Motorola could just have given a flagship level camera, this would be the perfect phone for everyone.

Motorola Moto Turbo was launched in July 2015 & runs on Android 5 OS. The Smartphone is available only in one color i.e. default & provides a host of connectivity options in terms of 3G, 4G, GPS, NFC capabilities. The phone is available with 64 GB of internal storage.

The Smartphone is powered by 2.7 Ghz Quad core Qualcomm Snapdragon 805 Processor. A 3 GB of RAM ensures phone runs smoothly even the most memory intensive applications & still shows no signs of lag. 64 GB of internal storage can not be expanded further.

The Phone comes with a large 3900 mAh battery to support it's 5.2 inch screen with OLED Capacitive touchscreen display having a resolution of 1440 x 2560 at 565 ppi.

Motorola Moto Turbo comes with a 21 megapixel rear Camera and 2 megapixel front Camera. The Smartphone is also loaded with Optical Image Stablization and has a low camera aperture of f/2.0. It also supports Face Detection.

Motorola Moto Turbo In NewsView All

The latest in the line of G phones from Motorola just launched today and it would seem that the value for money phone lineup is all set to impress once more. The Moto G82 5G...