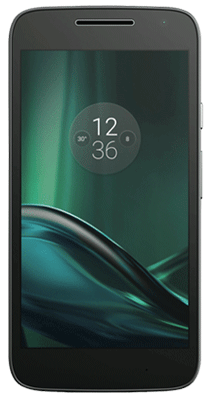 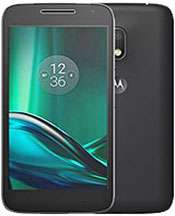 Motorola Moto G4 Play was launched in May 2017 & runs on Android 6.0.1 OS. The Smartphone is available in two color options i.e. Black, White & provides a host of connectivity options in terms of 3G, 4G, GPS, Wifi, NFC Bluetooth capabilities. Priced at Rs. 7790 the phone is available with 16 GB of internal storage.

The Smartphone is powered by 1.4 GHz Quad core Qualcomm Snapdragon 410 Processor. A 2 GB of RAM ensures phone runs smoothly even the most memory intensive applications & still shows no signs of lag. 16 GB of internal storage can be expanded to 128 GB via a microSD card.

The Phone comes with a 2800 mAh battery to support it's 5 inch screen with HD IPS LCD Capacitive touchscreen display having a resolution of 720 x 1280 at 294 ppi. The screen is also protected by a Corning Gorilla Glass.

Recently we got to see some pretty fabulous devices from iQOO, a sub-brand of Vivo. With models like iQOO 7, iQOO Z3 they're making quite a few headlines! Now the latest smartphone from the iQOO...

The Samsung Galaxy S21 FE 5G has reportedly been spotted on the Google Play Console, revealing some key specifications of the upcoming ‘Fan Edition’ phone. The listing is for the 6GB RAM variant and confirms Snapdragon...