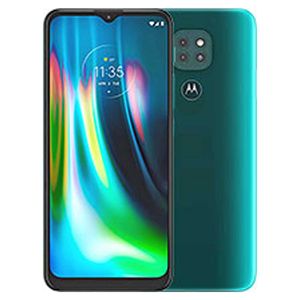 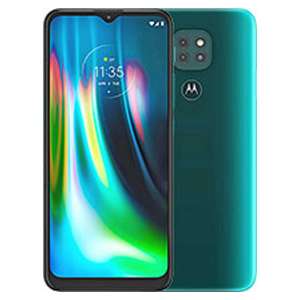 5000 mAh non-removable battery and comes with fast charging. The smartphone has a triple rear camera setup which includes a primary 48 MP camera and an 8 MP front camera for clicking pictures. Motorola Moto G9 is available for Rs 11,499 in India.

Moto G8 Plus smartphone has a triple rear camera system which include a 48 MP primary camera, a second 5 MP sensor and 16 MP camera and a 25 MP selfie camera. It has a 4000 mAh battery and is powered by a Qualcomm Snapdragon 665 octa core processor.

Motorola has launched the Motorola Moto G9 Power with a 6.80-inch touchscreen display and 720 x 1640 pixels resolution. It is backed by a 6,000mAh battery, and triple rear cameras. It has an IP52-rated water-repellent build and is priced at Rs. 11,999 in India.

The phone has a 6.50-inch touchscreen display with 720 x 1600 pixels resolution. The Motorola Moto G9 weighs 200.00 grams and measures 165.21 x 75.73 x 9.18mm. It is available in Sapphire Blue and Forest Green colours. The phone has retained the water-repellent design that was featured on the Moto G8. The power and volume buttons are placed on the right, and the left has only the SIM tray.

The Motorola Moto G9 packs a triple rear camera setup which includes a 48 MP primary camera, a second 2 MP camera, and a third 2 MP camera. The camera has features like HDR mode, face beauty, manual mode, auto smile capture, and RAW photo output. In the front, there is an 8 MP front camera.

Motorola Moto G9 runs on Android 10 OS. It comes with sensors like an ambient light sensor, accelerometer, gyroscope, proximity sensor, and fingerprint sensor. The Motorola Moto G9 comes with face unlock for faster access. The phone is powered by a 2GHz octa-core Qualcomm Snapdragon 662 processor with 4 GB of RAM.

The phone packs 64 GB of inbuilt storage which is expandable via a microSD card slot up to 512 GB. It is powered by a 5000mAh non-removable battery and supports 20 W proprietary fast charging. The company has touted that the smartphone can deliver up to two days of battery life on a single charge.

Motorola Moto G9 runs on Android 10 and is powered by a 2GHz octa-core Qualcomm Snapdragon 662 processor with 4 GB of RAM. The phone packs 64 GB of inbuilt storage which is expandable via a microSD card slot up to 512 GB.

Moto G9 Price In India Starts From Rs.10999 The best price of Moto G9 is Rs.10999 on Flipkart.This Mobile Phones is expected to be available in 64GB/4GB variant(s).

The Moto G Stylus (2021) has been spotted in a listing on Amazon US website. The successor to the Moto G Stylus from earlier this year is expected to be announced in 2021 but the listing...