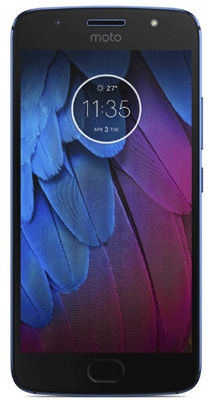 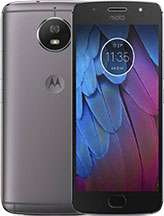 Moto G5S was launched in August 2017 & runs on Android 7.1 OS. The Smartphone is available in three color options i.e. Lunar Grey, Fine gold, Midnight Blue & has a built in fingerprint sensor as the primary security feature, along with the host of connectivity options in terms of 3G, 4G, GPS, Wifi Bluetooth capabilities. Priced at Rs. 9775 the phone is available with 32 GB of internal storage.

The Smartphone is powered by 1.4 GHz Octa core Qualcomm Snapdragon

430 Processor. A 3GB of RAM ensures phone runs smoothly even the most memory intensive applications & still shows no signs of lag. 32 GB of internal storage can be expanded to 256 GB via a microSD card.

The Phone comes with a large 3000 mAh battery to support it's 5.2 inch screen with Full HD IPS LCD Capacitive touchscreen display having a resolution of 1080 x 1920 at 424 ppi. The screen is also protected by a durable Scratch Resistant glass.

Moto G5S comes with a 16 megapixel rear Camera and 5 megapixel front Camera. The Smartphone has a low camera aperture of 2.0. It also supports Face Detection and high dynamic range(HDR) imaging.

Motorola is gearing up for the second iteration of its Moto Razr foldable smartphone, which is expected to the called the Moto Razr 2. Ross Young, Founder, and CEO of Display Supply Chain Consultants (DSCC)...

Motorola Moto G Fast has been leaked in its entirety, thanks to the Motorola US YouTube channel that posted an official video of the phone in question. By the looks of it, the Moto G...

Just a couple of days after launching its flagship Moto Edge+, the Moto G8 Power Lite(₹ 8999 at flipkart) by Motorola has debuted in India today and will go on sale by the end of...

Motorola is lining up a slew of launches in India. The Lenovo-owned smartphone brands plans to launch the Moto Edge+ in India on May 19 and just a few days after, the company will launch...