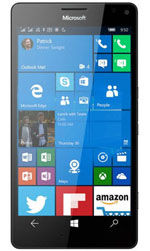 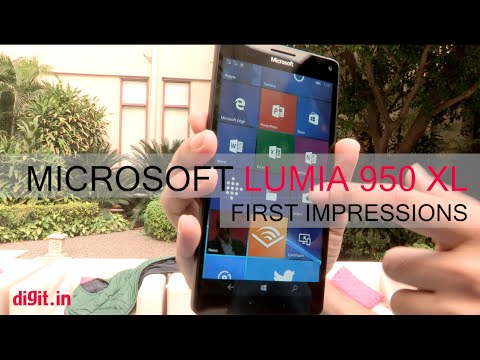 The Lumia 950XL isn't the phone that'll bring Microsoft the sales that it's looking for. The phone lacks good design elements for the asking price and there are just not enough apps on the Windows Store to recommend the phone to anyone. A lot of work needs to be done still.

Microsoft Lumia 950 XL Dual SIM was launched in February 2016 & runs on Windows Phone 10 OS. The Smartphone has a built in fingerprint sensor as the primary security feature, along with the host of connectivity options in terms of 3G, 4G, GPS, Wifi, NFC Bluetooth capabilities. Priced at Rs. 32990 the phone is available with 32 GB of internal storage.

The Smartphone is powered by 2 Ghz Octa core Qualcomm Snapdragon 810 Processor. A 3 GB of RAM ensures

phone runs smoothly even the most memory intensive applications & still shows no signs of lag. 32 GB of internal storage can be expanded to 200 GB via a microSD card.

The Phone comes with a large 3340 mAh battery to support it's 5.7 inch screen with QHD ClearBlack Amoled display having a resolution of 1440 x 2560 at 515 ppi. The screen is also protected by a durable Scratch Resistant glass.

Vivo V20 Pro has officially launched in India after weeks of leaks, rumours and teasers. With the launch of the V20 Pro in India, the company’s V20-lineup is complete with three phones, the V20 that...

One of the most eye-catching features for this year’s Apple iPhone release was the inclusion of 5G on the device. “iPhone 12 may not support 5G in dual-SIM mode right out of the box.” was...