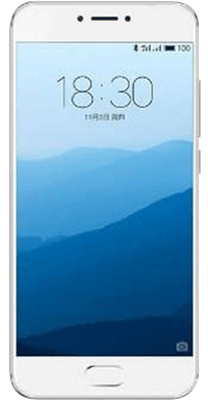 Meizu Pro 6s was launched in November 2016 & runs on Android 6.0 OS. The Smartphone is available in more than three color options i.e.Black, Gold, Silver, Rose Gold & has a built in fingerprint sensor as the primary security feature, along with the host of connectivity options in terms of 3G, 4G, GPS, Wifi, NFC Bluetooth capabilities. The phone is available with 64 GB of internal storage.

The Smartphone is powered by 2.5 GHz Deca core MediaTek MT6797T Processor. A

4 GB of RAM ensures phone runs smoothly even the most memory intensive applications & still shows no signs of lag. 64 GB of internal storage can not be expanded further.

The Phone comes with a large 3060 mAh battery to support it's 5.2 inch screen with Full HD AMOLED Capacitive touchscreen display having a resolution of 1080 x 1920 at 424 ppi. The screen is also protected by a Corning Gorilla Glass.

Meizu Pro 6s comes with a 12 megapixel rear Camera and 5 megapixel front Camera. The Smartphone is also loaded with Optical Image Stablization and has a low camera aperture of 2.0. It also supports Face Detection and high dynamic range(HDR) imaging.

The Xiaomi Redmi Note 9 Pro Max went on its first sale last week, and the smartphone has already started to receive a new software update that brings the April 2020 security patch. The changelog...

The OnePlus 8 Pro was launched a month ago and while the Indian users still wait for the device to start shipping, there's alredy some interesting buzz around it. The OnePlus 8 Pro’s camera is...

The REALME NARZO 10 is the first smartphone to run on the MediaTek Helio G80. Launched in the first week of May, the phone is going on its first sale today on Flipkart. The phone... 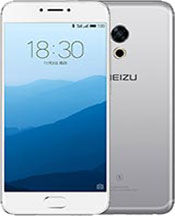