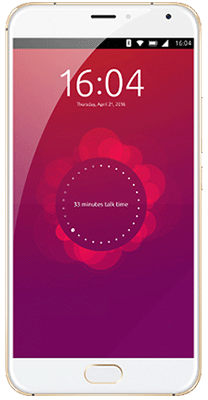 Meizu Pro 5 Ubuntu Edition was launched in May 2017 & runs on Ubuntu. The Smartphone is available only in one color i.e. default & has a built in fingerprint sensor as the primary security feature, along with the host of connectivity options in terms of 3G, 4G, GPS, Wifi Bluetooth capabilities. The phone is available with 32 GB of internal storage.

The Smartphone is powered by a Octa core Samsung Exynos 7420 Processor. A 3 GB of RAM ensures phone runs smoothly even the most memory intensive applications & still shows no signs of lag. 32 GB of internal storage can be expanded via a microSD card.

The Phone comes with a large 3050 mAh battery to support it's 5.7 inch screen with Super AMOLED multi touch display having a resolution of 1080 x 1920 at 387 ppi. The screen is also protected by a Corning Gorilla Glass.

OnePlus Nord 2 is now confirmed to launch on July 22 in India as the successor to the OnePlus Nord that debuted in 2020. OnePlus has also confirmed that the Nord 2 will be its...

The OnePlus 9(₹ 54999 at amazon) and the OnePlus 9 Pro are the latest flagships from the company. Launched earlier in the year, the devices come with flagship Qualcomm chipsets -- the Snapdragon 888. These...

Oppo has confirmed that its upcoming Reno 6 Pro smartphone will be powered by the MediaTek Dimensity 1200 processor when it launches on July 14 in India. The Oppo Reno 6 series was launched in May...