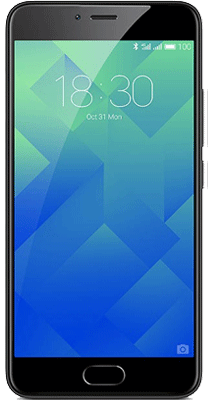 The Meizu M5 looks really good and feels quite nice in the hand, even though it uses plastic instead of metal. The performance levels of the device are decent for its price. It's worth considering if you don't want the Redmi 4 or Redmi 4A, both of which are better devices. Also, 16GB storage remains a concern, as always, and a phone shouldn't be running on Android Marshmallow anymore.

Meizu M5 was launched in May 2017 & runs on Android 6.0 OS. The Smartphone is available in two color options i.e. Gold, Blue & has a built in fingerprint sensor as the primary security feature, along with the host of connectivity options in terms of 3G, 4G, GPS, Wifi Bluetooth capabilities. The phone comes in 16GB & 32GB variants.

runs smoothly even the most memory intensive applications & still shows no signs of lag. 16GB & 32GB of internal storage options can be expanded to 128 GB via a microSD card.

The Phone comes with a large 3070 mAh battery to support it's 5.2 inch screen with HD IPS LCD Capacitive touchscreen display having a resolution of 720 x 1280 at 282 ppi.

Meizu M5 comes with a 13 megapixel rear Camera and 5 megapixel front Camera. The Smartphone has a low camera aperture of 2.2. It also supports Face Detection and high dynamic range(HDR) imaging.