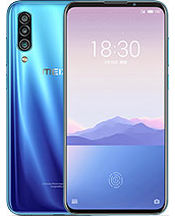 128GB of internal storage can not be expanded further.

Meizu 16Xs 128GB boasts of dual primary camera of 48 + 8 + 5 megapixel and 16 megapixel front Camera. The Smartphone is also loaded with Optical Image Stablization and has a low camera aperture of f/1.7.