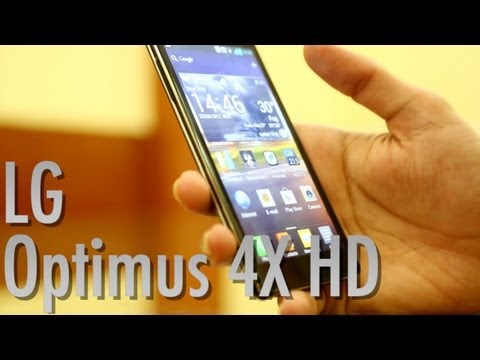 The Optimus 4X HD is LG's first quad-core offering, and joins the Samsung Galaxy S III and HTC One X. With the S III in the clear lead in terms of performance, the LG Optimus 4X HD is closely followed by the HTC One X. It is also cheaper than the One X, holds all the bangs and whistles that the One X offers and comes with expandable storage, which the One X lacks. For Rs. 32,999 (MRP) the device can be considered as your go-to quad-core smartphone.
Read full Review

LG Optimus 4X HD was launched in June 2012 & runs on Android 4 OS. The Smartphone is available only in one color i.e. default & provides a host of connectivity options in terms of 3G, GPS, Wifi Bluetooth capabilities. The phone is available with 12 GB of internal storage.

The Smartphone is powered by 1.5 Ghz Quad core Cortex-A9 Processor. A 1 GB of RAM ensures phone runs smoothly even the most memory intensive applications & still shows no signs

of lag. 12 GB of internal storage can be expanded to 32 GB via a microSD card.

The Phone comes with a 2150 mAh battery to support it's 4.7 inch screen with IPS LCD Capacitive touchscreen display having a resolution of 720 x 1280 at 312 ppi.