LG K52 was launched in December 2020 & runs on Android 10 OS. The Smartphone is available only in one color i.e. Black & has a built in fingerprint sensor as the primary security feature, along with the host of connectivity options in terms of 3G, 4G, GPS, Wifi, NFC Bluetooth capabilities. The phone is available with 64 GB of internal storage.

even the most memory intensive applications & still shows no signs of lag. 64 GB of internal storage can not be expanded further. 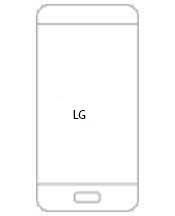 Yes, the LG K52 has a fingerprint sensor.

The LG K52 is available with 4 GB sizes to choose from.

LG announced the LG Zero, originally unveiled as 'Class', in September 2015, in its home country, Korea. And now, it is making its way into global markets. The company has announced a global rollout of...

LG has accepted that its modular concept for the LG G5 hasn’t been very successful. Speaking to reporters at Pune, LG India MD, Kim-Ki-Wan, said that the company is in the process of taking an...

Rumors of the LG G3 Mini have been making the rounds for some time. Now images of a new device called the LG G3S have come up which may be the LG G3 Mini variant...