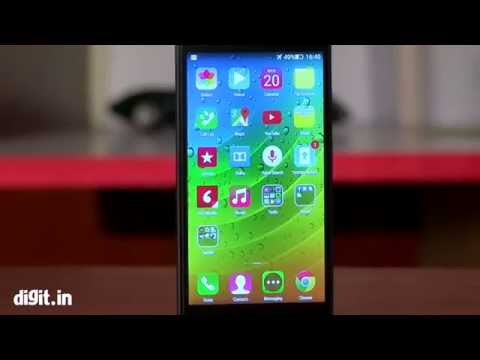 The Lenovo A6000 Plus is a small upgrade over the A6000 which came out in February. Since then many manufacturers have come up with new devices and the 7K smartphone now has contenders like the Redmi 2 and the Yu Yuphoria. The Lenovo A6000 Plus relies on tried and tested hardware with some spec bumps and that’s pretty much it. It may be slightly higher priced than its competitors but at least performs at par.

Lenovo A6000 Plus in pictures

Lenovo A6000 Plus Specifications

Lenovo A6000 Plus Brief Description

Lenovo A6000 Plus was launched in July 2015 & runs on Android 4.4.4 OS. The Smartphone is available only in one color i.e. default & provides a host of connectivity options in terms of 3G, 4G, GPS Bluetooth capabilities. Priced at Rs. 7990 the phone is available with 16 GB of internal storage.

The Smartphone is powered by 1.2 Ghz Quad core Qualcomm Snapdragon 410 Processor. A 2 GB of RAM ensures phone runs smoothly even the most memory intensive applications

& still shows no signs of lag. 16 GB of internal storage can be expanded to 32 GB via a microSD card.

The Phone comes with a 2300 mAh battery to support it's 5 inch screen with IPS LCD Capacitive touchscreen display having a resolution of 720 x 1280 at 294 ppi.

Lenovo A6000 Plus comes with a 8 megapixel rear Camera and 2 megapixel front Camera. The Smartphone is also loaded with Optical Image Stablization and has a low camera aperture of f/2.2.

Compare Lenovo A6000 Plus VS Reliance Jio 4G VoLTE Spreadtrum