The Lava X81 looks good, but in every other measurable aspect remains inferior to the competition. If the phone had been priced around the 7K price mark, it might had been something worth considering. However with performance monsters like LeEco Le 2 and Xiaomi Redmi Note 3 in the same sub-15k price bracket, it is quite hard to suggest anything else, unless you want a smaller 5-inch display. Also, if camera is your priority and you want stock Android on your phone, the Moto G4 Plus, should be the phone for you. 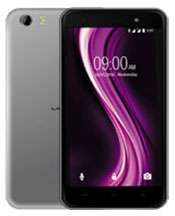 Lava X81 was launched in June 2016 & runs on Android 6.0 OS. The Smatphone is available in two color options i.e. Grey, Gold & provides a host of connectivity options in terms of 3G, 4G, GPS, Wifi Bluetooth capabilities. Priced at Rs. 7299 the phone is available with 16 GB of internal storage.

The Smatphone is powered by 1.3 GHz Quad core Mediatek MT6735 Processor. A 3 GB of RAM ensures phone runs smoothly even the most memory intensive applications & still shows no signs of lag. 16 GB of internal storage can be expanded to 64 GB via a microSD card.

The Phone comes with a 2700 mAh battery to support it's 5 inch screen with HD IPS LCD Capacitive touchscreen display having a resolution of 720 x 1280 at 294 ppi. The screen is also protected by a Corning Gorilla Glass.

Lava X81 comes with a 13 megapixel rear Camera and 5 megapixel front Camera. The Smatphone has a low camera aperture of 2.0.