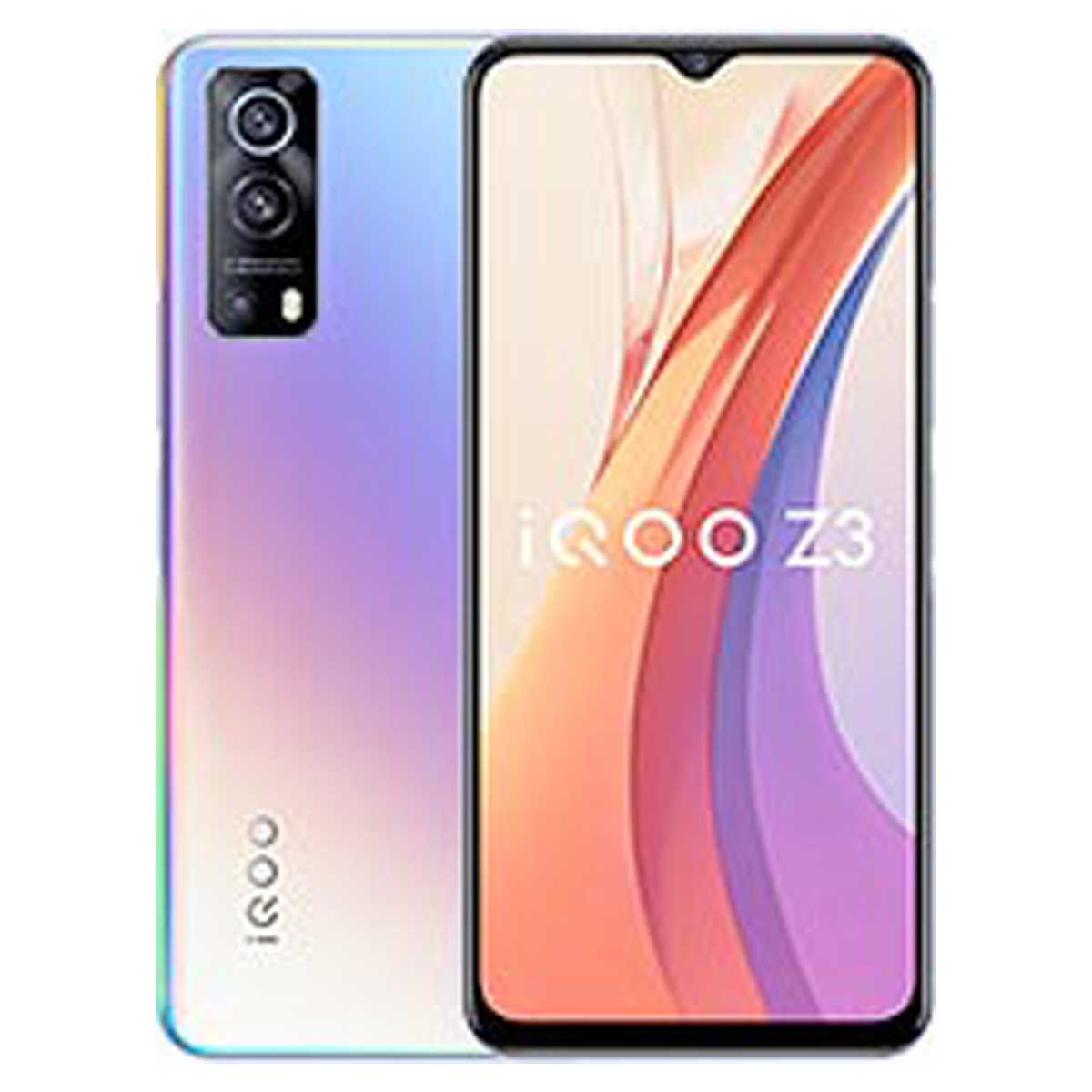 The iQOO Z3 5G has attempted to carve its mark in the affordable 5G smartphone market by offering great performance, good battery life, and a fair number of features such as 120Hz refresh rate, IP52 rating, and 55W FlashCharge. However, the device does miss the mark when it comes to camera performance, which we found mediocre, at best. Also, the lack of stereo speakers is slightly disappointing, and the teardrop notch simply doesn’t look great.

The iQOO Z3 5G is a mid-range, 5G-enabled smartphone that has launched in India. It is the first phone in India to feature the Qualcomm Snapdragon 768G processor. This is the latest addition to iQOO’s lineup of smartphones in India, and it follows the iQOO 7 series that launched in April. The highlights of the iQOO Z3 5G include a 120Hz refresh rate display, a 4,400mAh battery with 55W FlashCharge support, a 64-megapixel primary sensor and, of course, the Snapdragon

The iQOO Z3 5G has a plastic build and is available in only two colours - Ace Black and Cyber Blue. The phone measures 8.5mm in thickness and weighs 185g, so it’s pretty lightweight. The back panel is slightly slippery though, so we recommend using the device with a case, which the company has provided in the box. The phone feels decent in the hand, however, the corner edges are a bit too sharp, in our opinion.

The rear panel attracts a lot of fingerprints and smudges. The volume rockers and the power button are on the right side. They’re pretty clicky and have good feedback. The power button also doubles as a fingerprint sensor, which worked very reliably in our testing period. The iQOO Z3 5G is also rated IP52 dust and water-resistant. There are no dual stereo speakers on the device.

As for the display, the iQOO Z3 5G comes packing a 6.58-inch IPS LCD display with Full HD+ resolution (2408x1080). It comes with 120Hz refresh rate support and 180Hz touch sampling rate. The phone has a teardrop notch at the top and narrow bezels on the sides but a wide chin bezel. As for display protection, it comes with Panda glass.

The display performance of the iQOO Z3 5G is nothing to write home about. We recorded a maximum brightness of 361 nits and 2 nits of minimum brightness. This is on the lower side, but legibility in sunlight is pretty decent nevertheless. The display is HDR10 compliant as well.

Under the hood, the iQOO Z3 5G comes with the Qualcomm Snapdragon 768G SoC paired with up to 8GB RAM and up to 256GB storage. The Snapdragon 768G processor is an overclocked version of last year’s Snapdragon 765G SoC. It is fabricated on a 7nm process.  The CPU has one 2.8GHz Kryo 475 Prime core, one 2.4GHz Kryo 475 Gold core, and six 1.8GHz Kryo 475 Silver cores. Apart from this, the phone also comes with a side-mounted fingerprint sensor and Face Unlock. 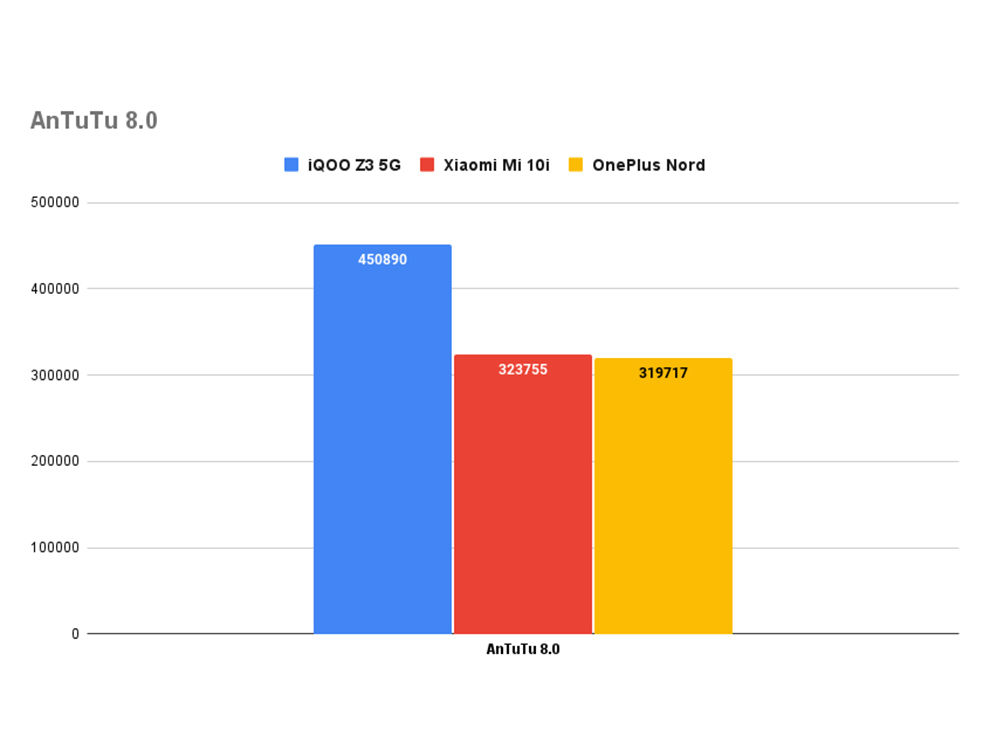 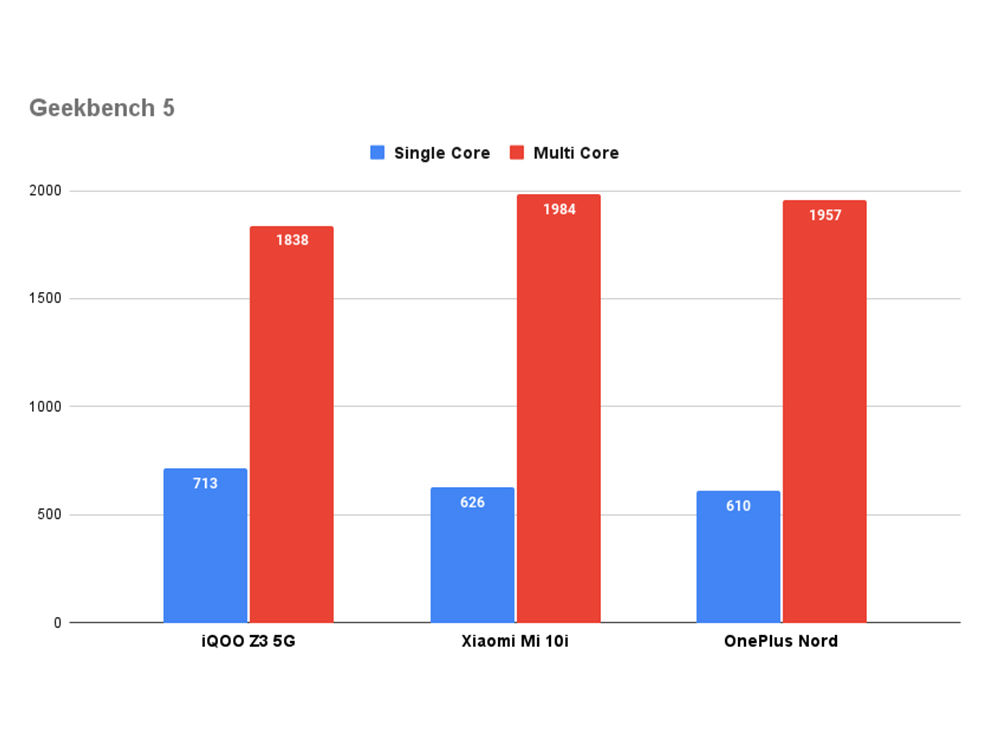 We ran our usual set of benchmarking tests on this phone and the results were pretty impressive. In AnTuTu 8.0, the phone scored a solid 450890 which is significantly better than the scores of competitors such as the Xiaomi Mi 10i and the OnePlus Nord. In Geekbench 5,  The iQOO Z3 5G scored 713 and 1838 in single-core and multi-core benchmarks respectively. In PCMark Work 3.0, the iQOO Z3 5G bagged a score of 8584. 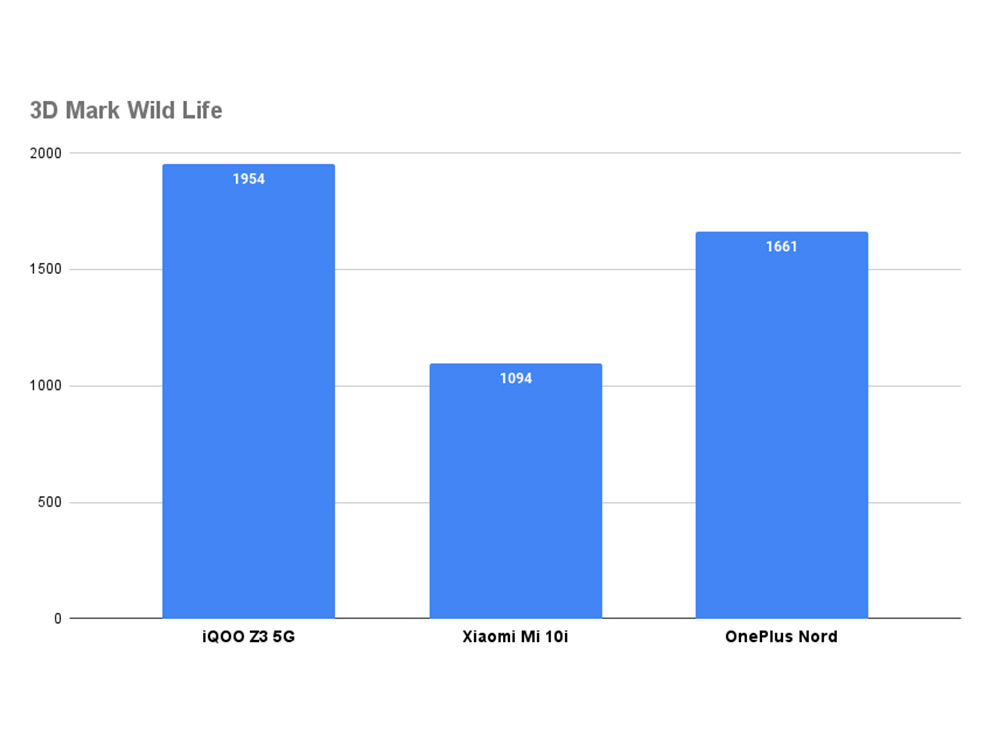 Coming to GPU benchmarks, the iQOO Z3 5G scored convincingly higher than the Mi 10i and the OnePlus Nord in both 3D Mark Wild Life and GFXBench (Aztec Ruins, Manhattan 3.1 and Car Chase). Unfortunately, Gamebench refused to work with this device.

In real-world usage, the iQOO performed admirably well. We did not encounter any lag or stutters while browsing the web and social media, texting, opening up apps, and more. Also, the 8GB RAM worked as intended and multitasking was an extremely smooth affair. Moving on to gaming performance, we played Call of Duty: Mobile and Asphalt 9 at high graphics. The games ran extremely smoothly with no major setbacks and only heated up slightly after a few rounds of COD. Frame rates were consistent throughout our duration of testing.

The iQOO Z3 5G runs Funtouch OS 11.1 based on Android 11. The OS is fluid and easy to navigate. There’s a bunch of preinstalled apps such as Dailyhunt, Moj, Netflix, Snapchat, and iQOO apps. The third-party apps can easily be uninstalled but iQOO apps cannot be. Funtouch OS also offers tons of customisations such as themes, screen colours, font sizes, screen refresh rates, animation and light effects, and more.

There’s also an Ultra Game Mode that optimises CPU/GPU, RAM and more when playing games. You can also activate certain settings from the Ultra Game Mode sidebar such as muting notifications, rejecting calls, taking screenshots, recording gameplay, and much more.

In daylight, the iQOO Z3 5G’s primary lens produces high-contrast, sharp and vibrant pictures. The pictures come out looking extremely saturated, so they’re not at all colour accurate. The dynamic range is mediocre, at best, with shadows being crushed even in broad daylight. For close up shots, you get a decent natural bokeh without portrait mode being turned on. With portrait mode on, you get a more obvious bokeh effect.

In low light, you get extremely underexposed shots with crushed shadows and considerable amounts of noise. Also, the colours lack accuracy in low light images. You’ll be hard-pressed to get half-decent shots in low light without using Night Mode or turning on the flash. Speaking of night mode, turning it on does considerably improve the picture quality by making it brighter and slightly more detailed.

The 8-megapixel ultrawide camera is, yet again, average. It offers pretty decent sharpness in the centre of the photo but you have some noticeable fall-off towards the edges. Also, there’s noticeable lens distortion and the picture appears warped towards the edges. The phone also has a 2MP macro shooter which isn’t very usable in most cases. The macro camera has a fixed focus, so getting a good image from this lens is more of a hit and miss.

For selfies, the phone comes equipped with a 16-megapixel shooter which produces pretty decent results with good colour and sharpness. Colours are not oversaturated, like on the rear lenses, which is good news. Take a look at camera samples from the iQOO Z3 5G below- 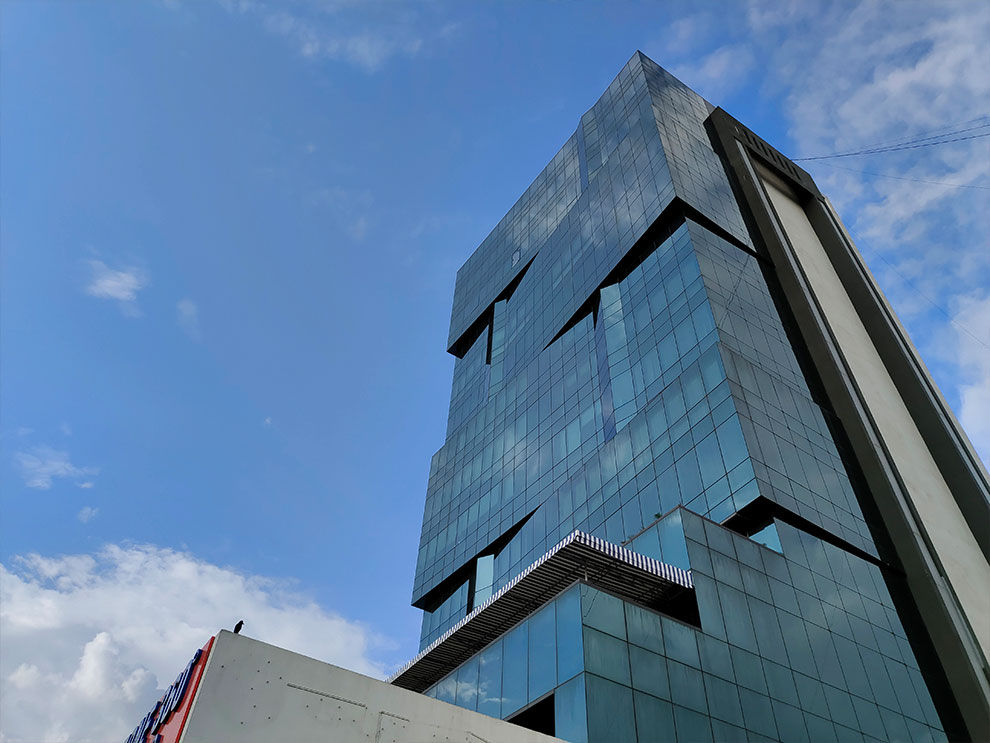 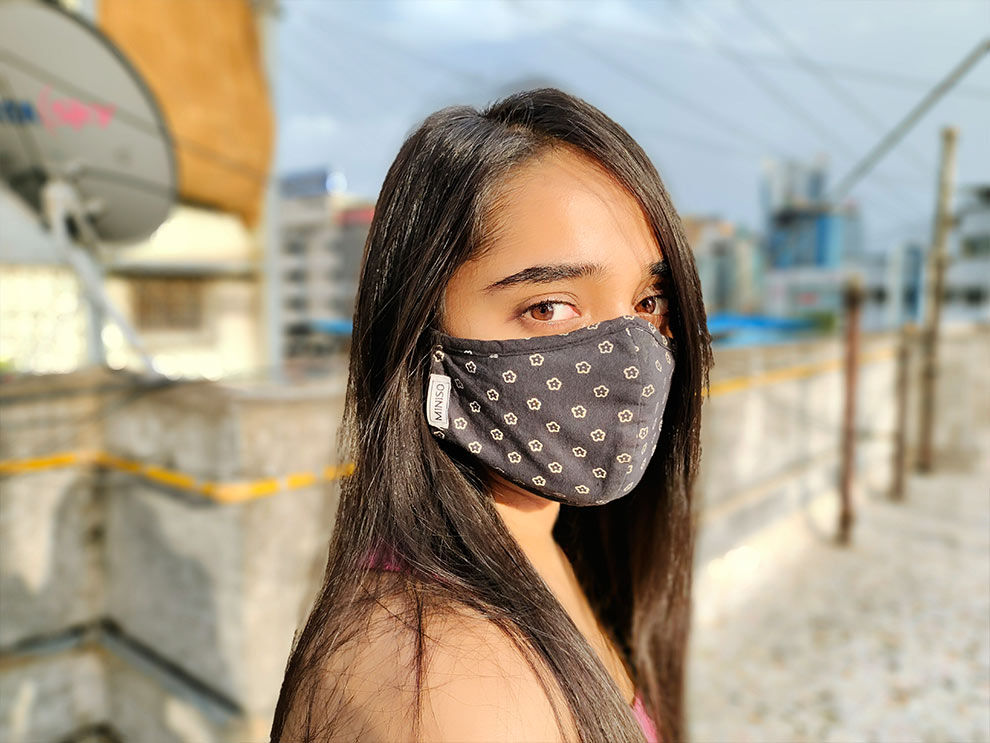 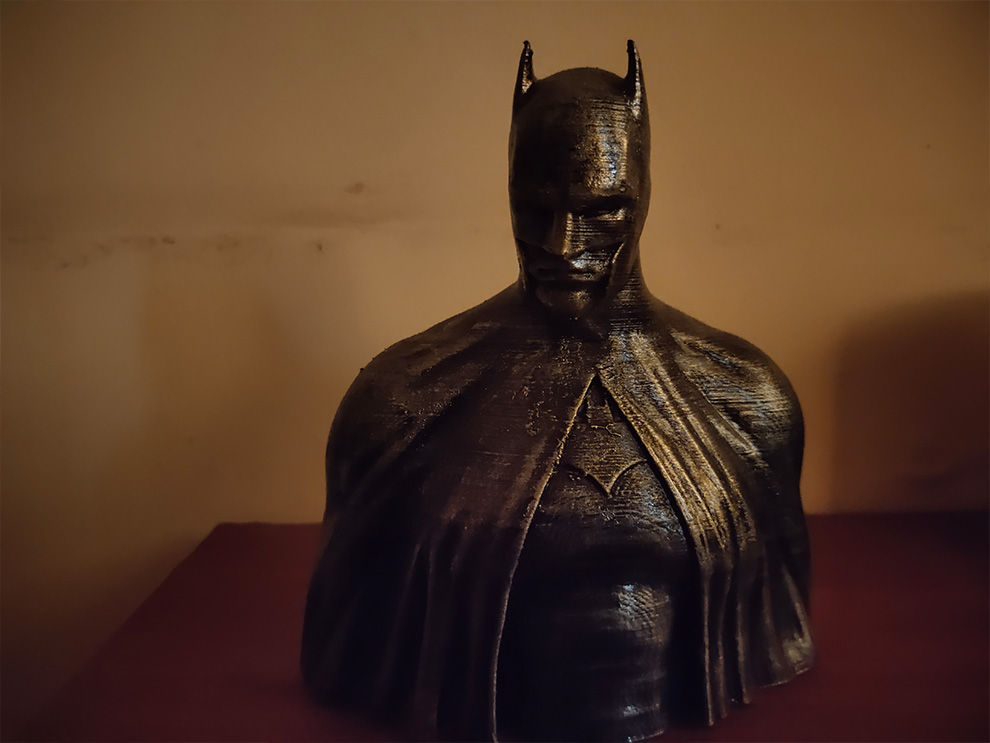 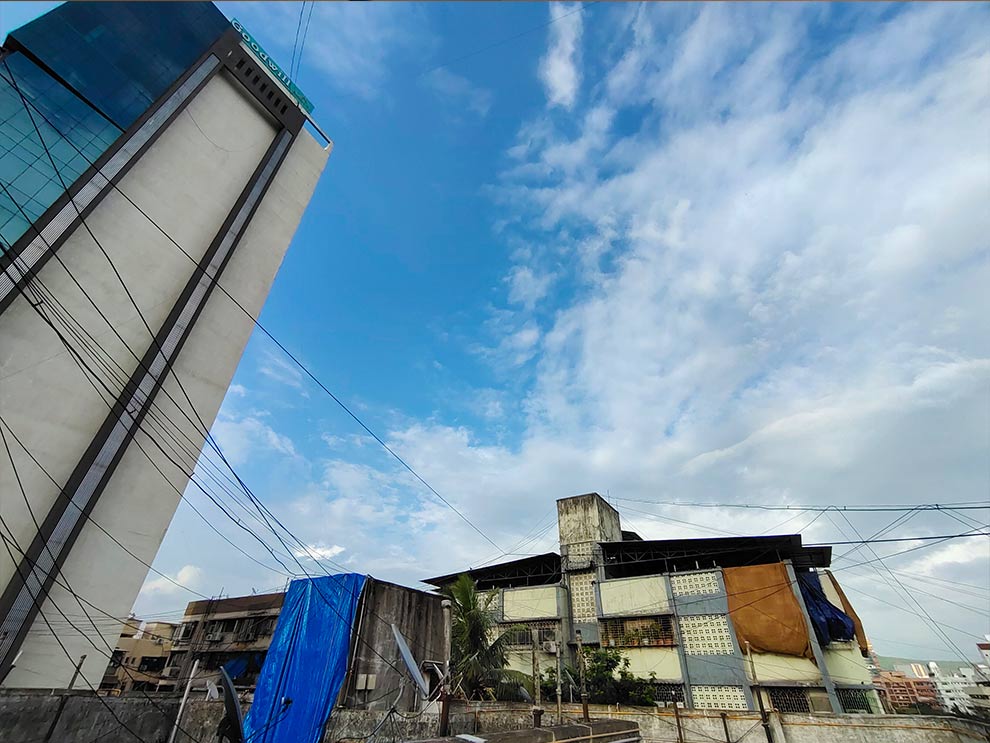 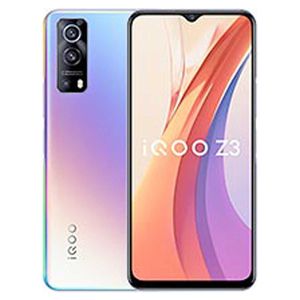 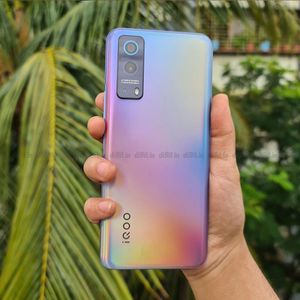 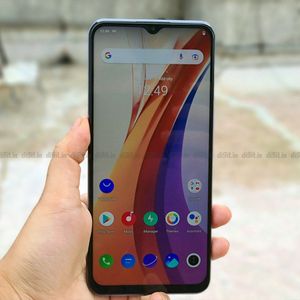 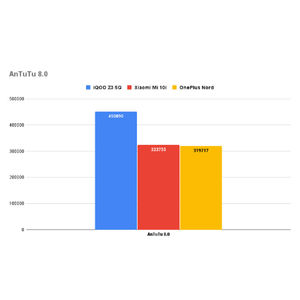 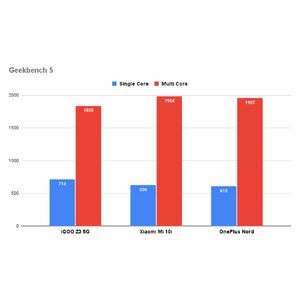 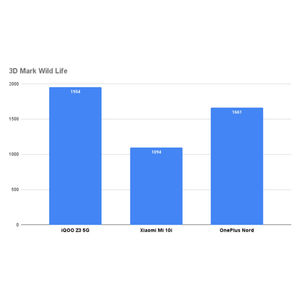 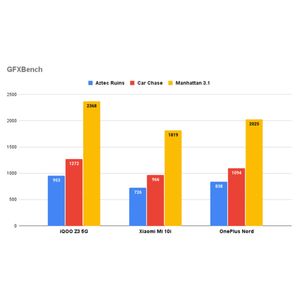 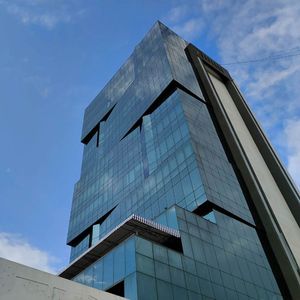 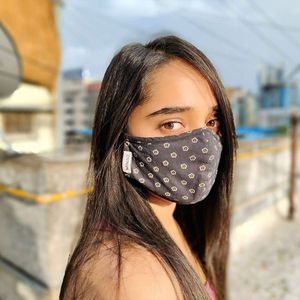 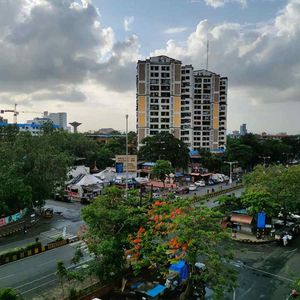 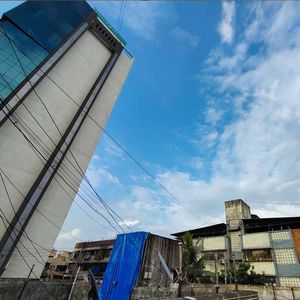 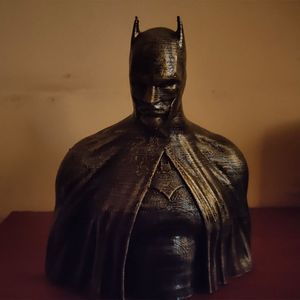 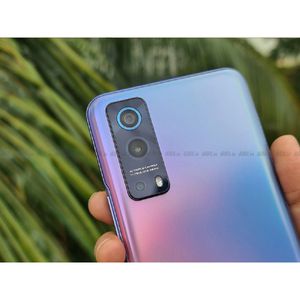 Yes, the iQOO Z3 5G has a fingerprint sensor.

iQOO Z3 will launch soon in India and is slated to be the first phone with Qualcomm Snapdragon 768G under the hood. The iQOO Z3 officially launched in China earlier in March with features such...

iQOO Z3 is all set to launch on June 8 as the first phone to be powered by the Qualcomm Snapdragon 768G in India. The iQOO Z3 was launched in China in March with a...

Motorola is hosting an event at its Chicago HQ on August 2 and is expected to announce some new smartphones like the Moto One Power and Moto Z3 at the event. The Android Report claims,...

Sony has started rolling out the Android Marshmallow v6.0 update for the Xperia Z3, Z3 Compact, Z2 smartphone, and Z2 tablet. The devices can be updated via the PC Companion, or through Push Notification on...