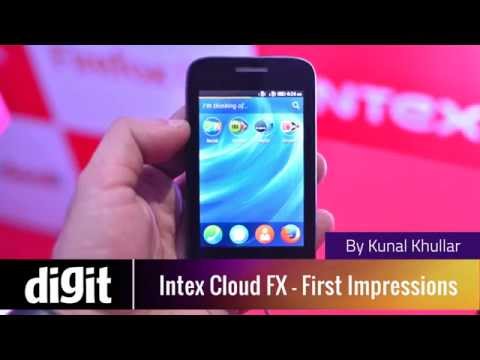 Intex Aqua A4 Plus

Intex Aqua A4 Plus

The new Firefox OS looks and feels good for a new mobile OS, however on the device, due to the low specs the OS feels laggy. The device itself is worth the money but if you are looking for a feature rich smartphone experience, then you should give the Cloud FX a pass. While the OS has potential, it can only succeed if it runs on a smartphone equipped with much better hardware.

The Smartphone is powered by 1 Ghz processor. A 128 MB of RAM ensures phone runs smoothly even the most memory intensive applications & still shows no signs of lag. 46 MB of internal storage can be expanded via a microSD card.

battery to support it's 3.5 inch screen with TFT LCD Capacitive touchscreen display having a resolution of 320 x 480 at 165 ppi.