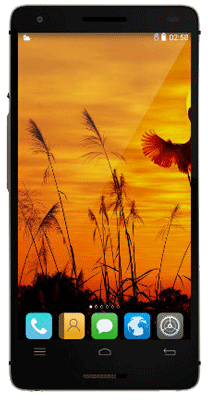 It seems InFocus has worked on making its large screen phones feature a more compact form factor, but the InFocus M810 is still difficult for one-handed usage. The shiny gold rear is a magnet for fingerprints, and the finish itself might not sit well with a lot. But leaving looks and ease of usage to personal opinions, the M810 is a steady performer that performs daily tasks with ease, and takes heavier tasks like games and continued photo editing with confidence. There is not much to complain about performance and display, and even the camera is reasonably decent. But, a sub-par audio quality and weak battery life can be two major detractors. Previously at Rs. 14,999, we would have recommend the Xiaomi Mi 4 (16GB) over the InFocus M810, but with a price cut today, the InFocus M810 is a promising overall smartphone at Rs. 12,999.

InFocus M810 was launched in May 2017 & runs on Android 5 OS. The Smartphone is available only in one color i.e. default & provides a host of connectivity options in terms of 3G, 4G, GPS Bluetooth capabilities. Priced at Rs. 15300 the phone is available with 16 GB of internal storage.

The Smartphone is powered by 2.5 Ghz Quad core Qualcomm Snapdragon 801 Processor. A 2 GB of RAM ensures phone runs smoothly even the most memory intensive applications &

still shows no signs of lag. 16 GB of internal storage can be expanded to 64 GB via a microSD card.

Write a review on InFocus M810