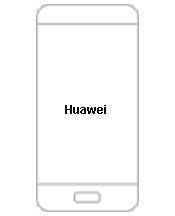 Current Best Price of Huawei P40 Pro Plus is ₹ 0

Huawei P40 Pro Plus smartphone is a part of the Huawei P40 series and comes with 8 GB RAM + 512 GB internal storage. The smartphone is priced at roughly Rs. 1,16,000. The new Huawei flagship phone is available in two colours, Black Ceramic and White Ceramic.

The phone has similar specifications as the Huawei P40 Pro Plus, with some minor differences. The phone has higher internal storage of 512 GB - which is not expandable. The P40 Pro Plus has a Penta rear camera setup that includes a 50 MP primary camera with f/1.9 aperture and OIS, a second 40 MP ultra-wide-angle shooter, a third 8 MP Superzoom periscope lens (125mm) camera with 10x optical zoom, a fourth 8 MP telephoto lens (80mm) camera with 3x optical zoom, and a fifth camera sensor with a 3D depth sensor.

The Huawei P40 Pro Plus runs EMUI 10.1 based on Android 10 OS.  Sensors included on the phone are an accelerometer, an ambient light sensor, a compass/ magnetometer, a gyroscope, an in-display fingerprint sensor, and a proximity sensor. It supports face unlock for additional security. The device is powered by a 2.86 GHz octa-core HiSilicon Kirin 990 5G processor paired with 8 GB of RAM. The device has a Mali-G76 MP16 GPU.

The P40 Pro Plus is backed by a 4,200mAh battery with Supercharge 40W fast charging, and Wireless Supercharge 40W charging. The company claims that the smartphone has the world's fastest commercialised 40W wireless charging. It comes with 512 GB of non-expandable phone memory to meet your storage needs.