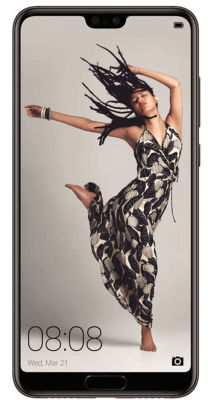 The Huawei P20 Pro shames every other smartphone camera in the market right now, thanks to the Leica branded optics paired with adequately sized imaging sensors. The beautiful colour treatment makes the Huawei P20 Pro a distinctive smartphone, once that you cannot mistake for another.

Huawei P20 Pro was launched in March 2018 & runs on Android 8.1 OS. The Smartphone is available in more than three color options i.e.Twilight, Black, Midnight Blue, Pink Gold & has a built in fingerprint sensor as the primary security feature, along with the host of connectivity options in terms of 3G, 4G, GPS, Wifi, NFC Bluetooth capabilities. Priced at Rs. 59999 the phone is available with 128 GB of internal storage.

powered by 2.4 GHz Octa core Hisilicon Kirin 970 Processor. A 6 GB of RAM ensures phone runs smoothly even the most memory intensive applications & still shows no signs of lag. 128 GB of internal storage can not be expanded further.

Huawei P20 Pro boasts of dual primary camera of 40 + 20 + 8 MP megapixel and 24 megapixel front Camera. It also supports Face Detection and high dynamic range(HDR) imaging. The Huawei P20 Pro is the predecessor of the Huawei P30 Pro which comes with a 6.47-inch display and is powered by Android 9.0 upgradeable to Android 10.0. The device runs on HiSilicon Kirin 980 (7 nm) Octa-core Cortex processor. It has a Quad rear camera setup and a 32 MP selfie camera. 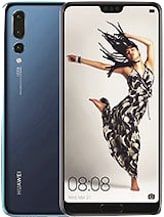