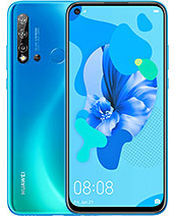 Huawei P20 lite 2019 128GB is announced to be launched in February 2020 & will run on Android 9 OS. The Smartphone will be available in three color options i.e. Midnight Black, Crush Blue, Charming Red & will also have a built in fingerprint sensor as the primary security feature, along with the host of connectivity options in terms of 3G, 4G, GPS, Wifi, NFC Bluetooth capabilities. The phone will come with 128GB of internal storage.

by 2.2 GHz Octa core Hisilicon Kirin 710 (12 nm) Processor. A 4GB of RAM will ensure phone runs smoothly even the most memory intensive applications & show no signs of lag. 128GB of internal storage will be open for expansion upto 256GB via a microSD card.

Huawei P20 lite 2019 128GB will boasts of dual primary camera of 16 + 8 + 2 + 2 megapixel and 16 megapixel front Camera. The Smartphone will have a low camera aperture of f/1.8. It will support Face Detection and high dynamic range(HDR) imaging as well.

While looks are always subjective, we think most of you will agree that the new Moto Razr still is one of the best-looking smartphones out there right now. It was also one of the few...

Xiaomi has scheduled a launch event for March 29 in China as well as globally where it is expected to launch the Mi 11 Pro, Mi 11 Lite, Mi 11 Ultra, Mi Band 6 and...