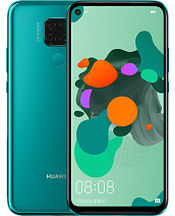 Huawei nova 5i Pro 256GB is announced to be launched in April 2020 & will run on Android 9 OS. The Smartphone will be available in two color options i.e. Black, Aurora & will also have a built in fingerprint sensor as the primary security feature, along with the host of connectivity options in terms of 3G, 4G, GPS, Wifi Bluetooth capabilities. The phone will come with 256GB of internal storage.

The Smartphone will be powered by 2.27 GHz octa core

HiSilicon Kirin 810 (7 nm) Processor. A 8GB of RAM will ensure phone runs smoothly even the most memory intensive applications & show no signs of lag. 256GB of internal storage will be open for expansion upto 512GB via a microSD card.

Huawei nova 5i Pro 256GB will boasts of dual primary camera of 48 + 8 + 2 + 2 megapixel and 32 megapixel front Camera. The Smartphone will have a low camera aperture of f/2.4. It will support Face Detection and high dynamic range(HDR) imaging as well.

Acer Liquid Metal - A lot of potential, but not a lot of power

Huawei wants Google to publish its apps on its AppGallery 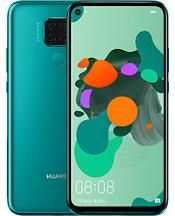 Write a review on Huawei nova 5i Pro 256GB