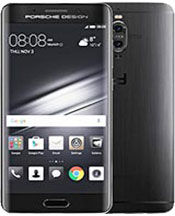 Huawei Mate 9 Porsche Design was launched in November 2016 & runs on Android 7.0 OS. The Smartphone is available only in one color i.e. Graphite Black & has a built in fingerprint sensor as the primary security feature, along with the host of connectivity options in terms of 3G, 4G, GPS, Wifi, NFC Bluetooth capabilities. The phone is available with 256 GB of internal storage.

The Smartphone is powered by 2.4 GHz Octa core HiSilicon Kirin 960 Processor. A 6

GB of RAM ensures phone runs smoothly even the most memory intensive applications & still shows no signs of lag. 256 GB of internal storage can not be expanded further.

The Phone comes with a large 4000 mAh battery to support it's 5.5 inch screen with Quad HD AMOLED Capacitive touchscreen display having a resolution of 1440 x 2560 at 534 ppi.

Oppo Reno 5, Reno 5 Pro and Reno 5 Pro+ have been leaked online giving us a look at the design of the upcoming phones. The Reno 5 series is expected to be launched soon...

New renders of the OnePlus 9 and OnePlus 9 Pro have surfaced online yet again, giving us a glimpse of the upcoming successors to the OnePlus 8 series. There are several reports hinting at the...

As we eagerly wait for Cyberpunk 2077 to release, OnePlus is already a step ahead as the company released the OnePlus 8T Cyberpunk 2077 Edition phone back in November. Well, we've also got a teardown...