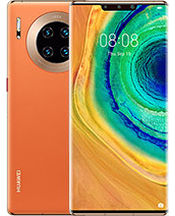 first and will hit other global markets later this year.

HUAWEI MATE 30 PRO 5G comes with a 4000 maH battery with fast charging technology. The company states that the phone will only take 48 minutes to reach 100 percent battery charge. Huawei has included a 45W fast charger in the box.

The Huawei Mate 30 Pro smartphone is available in 128GB/8GB and 256GB/8GB memory variants. It has been launched in China first and will be launched in India and other global markets later this year.