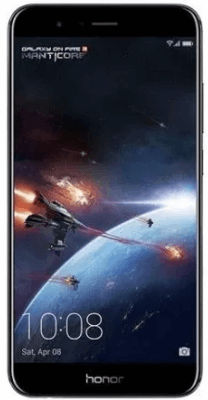 Huawei Honor V9 Play was launched in September 2017 & runs on Android 7.0 OS. The Smartphone is available only in one color i.e. default & has a built in fingerprint sensor as the primary security feature, along with the host of connectivity options in terms of 3G, 4G, GPS, Wifi Bluetooth capabilities. Priced at Rs. 6699 the phone is available with 32 GB of internal storage.

The Smartphone is powered by a Quad core MediaTek MT6750 Processor. The 3 &

4 GB RAM options ensure phone runs smoothly even the most memory intensive applications & still shows no signs of lag. 32 GB of internal storage can be expanded to 128 GB via a microSD card.

The Honor 10X Lite is confirmed to launch globally on November 10 after debuting in Saudi Arabia late last month. Honor is sending out invites to the media for the launch that is slated to be...

The Moto G9 launched in India back in August 2020 but internationally, the device was known as the Moto G9 Play. It looks like we now have some information about the successor which could be...

The Huawei Honor V40 series could be launched this December. According to a tipster on Twitter, there should be two devices, namely the V40 Pro and V40 Pro +. Both the devices will sport a 6.72-inch full HD+...