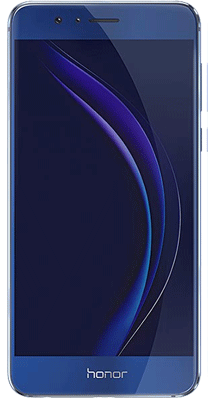 The Honor 8 is a good smartphone on standalone terms. However, the OnePlus 3 (besides being cheaper) outperforms it in almost every aspect. Unless you really want a smartphone with two cameras at the back, the Honor 8 provides little or no exceptional abilities 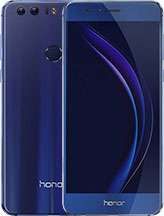 Huawei Honor 8 was launched in October 2016 & runs on Android 6.0 OS. The Smartphone is available in more than three color options i.e.Blue, Gold, Black, White, Pink & has a built in fingerprint sensor as the primary security feature, along with the host of connectivity options in terms of 3G, 4G, GPS, Wifi, NFC Bluetooth capabilities. Priced at Rs. 11049 the phone is available with 32 GB of internal storage.

The Smartphone is powered by 2.3 GHz Octa core

HiSilicon Kirin 950 Processor. A 4 GB of RAM ensures phone runs smoothly even the most memory intensive applications & still shows no signs of lag. 32 GB of internal storage can be expanded to 128 GB via a microSD card.

The Phone comes with a large 3000 mAh battery to support it's 5.2 inch screen with Full HD IPS LCD Capacitive touchscreen display having a resolution of 1080 x 1920 at 424 ppi.

Realme 8 and Realme 8 Pro will launch later today in India. The Realme 8 series arrives hot on the heels of the OnePlus 9 series launch that was hosted last evening. The Realme 8...