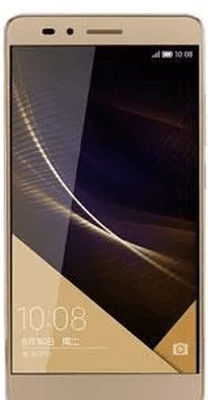 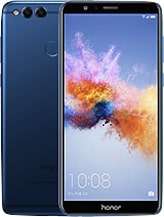 Huawei Honor 7X 64GB was launched in November 2017 & runs on Android 7.0 OS. The Smartphone is available in more than three color options i.e.Blue, Black, Gold, Red, Grey & has a built in fingerprint sensor as the primary security feature, along with the host of connectivity options in terms of 3G, 4G, GPS, Wifi, NFC Bluetooth capabilities. The phone is available with 64GB of internal storage.

A 4 GB of RAM ensures phone runs smoothly even the most memory intensive applications & still shows no signs of lag. 64GB of internal storage can be expanded to 256 GB via a microSD card.

The Phone comes with a large 3340 mAh battery to support it's 5.93 inch screen with LTPS IPS LCD display having a resolution of 1080 x 2160 at 407 ppi. The screen is also protected by a Corning Gorilla Glass.

The Honor 9A(₹ 9999 at amazon) and Honor 9S smartphones have been announced in India, along with Honor’s first laptop in India - The MagicBook 15. The Honor 9A and Honor 9S are the latest...

Honor 9A price has been leaked by Amazon India as the listing of the phone went live ahead of the official launch scheduled on July 31. Honor is also bringing its first laptop in India...

Honor 9A has been confirmed to launch in India on July 31 with sales starting on Amazon India, likely during Prime Day. Honor could also announce another smartphone, the Honor 9S and its first laptop, the...

Honor X10 Max and Honor 30 Lite with MediaTek Dimensity 800 chipset have launched in China. The X10 Max features a large 7.09-inch display while the Honor 30 Lite has a 90Hz refresh rate display...

Huawei Nova 7i could launch in India sometime in July, according to a new report doing rounds of the Internet. The Nova 7i debuted in Malaysia in February earlier this year and features quad cameras...