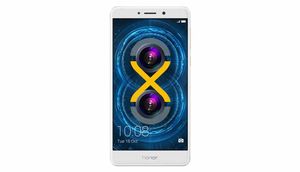 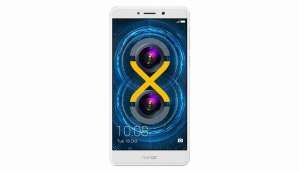 Huawei Honor 6X 4GB RAM was launched in February 2017 & runs on Android 6.0 OS. The Smartphone is available in more than three color options i.e.Gold, Silver, Rose Gold, Grey & has a built in fingerprint sensor as the primary security feature, along with the host of connectivity options in terms of 3G, 4G, GPS, Wifi Bluetooth capabilities. Priced at Rs. 11999 the phone is available with 64 GB of internal storage.

The Smartphone is powered by 2.1 GHz Octa

core Kirin 655 Processor. A 4 GB of RAM ensures phone runs smoothly even the most memory intensive applications & still shows no signs of lag. 64 GB of internal storage can be expanded to 256 GB via a microSD card.

The Phone comes with a large 3340 mAh battery to support it's 5.5 inch screen with Full HD IPS LCD Capacitive touchscreen display having a resolution of 1080 x 1920 at 401 ppi.

The Huawei Mate 40 series has officially made its debut with the Mate 40, Mate 40 Pro, Mate 40 Pro+ and Mate 40 RS Porsche Design. The new flagship smartphone range from Huawei was launched in...

Huawei Mate 40 Pro price was leaked online after the phone’s listing went live on Amazon Germany ahead of its launch later today. The listing revealed some key specifications of the Mate 40 Pro along...

Huawei Mate 40 series is set to break cover on October 22 but key specifications and official-looking renders have already leaked online, revealing everything there is to know, especially about the Mate 40 Pro. There...