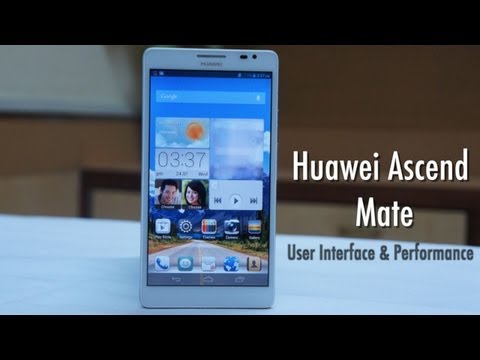 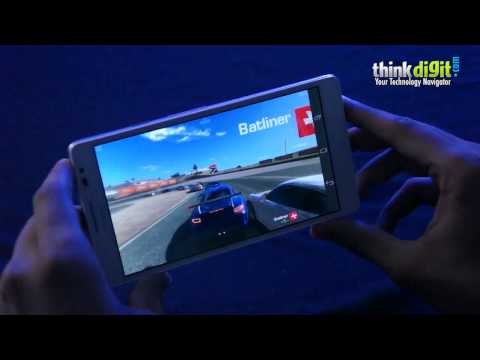 For Rs. 24,900 you get some pretty good specifications under the hood of the Ascend Mate and a really large display. For the same price you get some really great performing devices such as the Nexus 4, Samsung Galaxy S3 and more. What the Ascend Mate brings to the table is a really large display that's good for running multimedia content and playing games but considering the size of the device we wish the resolution were higher than 720p. The camera on the phone is lacklustre. You can consider picking up the Mate if a large display is mandatory for you, and you don't mind using a new UI. It's a better option than the Galaxy Mega 5.8 as well, if you are looking for performance and not familiarity.

Huawei Ascend Mate was launched in March 2013 & runs on Android 4.1 OS. The Smartphone is available only in one color i.e. default & provides a host of connectivity options in terms of 3G, GPS capabilities. Priced at Rs. 7990 the phone is available with 8 GB of internal storage.

The Smartphone is powered by 1.5 Ghz Quad core processor. A 2 GB of RAM ensures phone runs smoothly even the most memory intensive applications & still shows no signs

of lag. 8 GB of internal storage can be expanded to 64 GB via a microSD card.

The Phone comes with a inch screen with IPS LCD Capacitive touchscreen display having a resolution of 720 x 1280 at 241 ppi.

Huawei Nova 7i could launch in India sometime in July, according to a new report doing rounds of the Internet. The Nova 7i debuted in Malaysia in February earlier this year and features quad cameras...

The Chinese intellectual property organisation published a patent by Xiaomi on a new smartphone design that was submitted back in 2019. First obtained by LetsGoDigital, the patent drawings reveal a foldable phone design quite similar...

[Update: Amazon India starts pre-registration for Huawei Y9s] The Huawei Y9s which was first launched in November 2019 has been listed on Huawei’s official website and Amazon India, however, there is no official information about...

Most Huawei phones may get updated to support contact tracing: Report

It looks like most of Huawei phones will be able to run the contact-tracing system that Google’s developing with Apple. According to a report by Techradar, eligible phones from the brand will be updated to...

Huawei Nova 7 Pro, Nova 7, Nova 7 SE and MatePad 10.4 have been launched in China. The latest Huawei phones support 5G networks, 40W fast charging and pack 64MP cameras on the back. The...