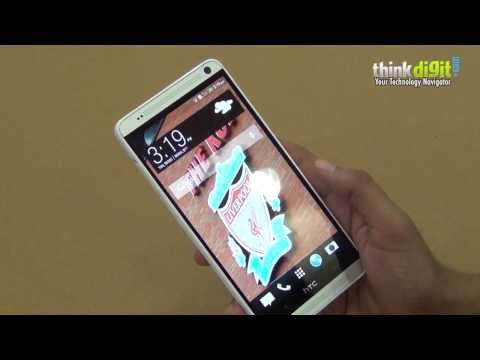 Current Best Price of HTC One Max is ₹ 0

The One Max was supposed to build on the Oneâ€™s good work. But, this is a prime example of a competent phone, ruined by ridiculous pricing. No doubt the display is very good, the phone offers consistent performance and undeniably good build, but you get much better alternatives at lesser price points - namely, the Samsung Galaxy Note 3 and the Sony Xperia Z Ultra. And if you are willing to consider an alternate OS, the Nokia Lumia 1520 is what I would strongly recommend.
Read full Review

HTC One Max in pictures

HTC One Max was launched in October 2013 & runs on Android 4.3 OS. The Smartphone is available only in one color i.e. default & has a built in fingerprint sensor as the primary security feature, along with the host of connectivity options in terms of 3G, GPS, Wifi capabilities. The phone is available with 16 GB of internal storage.

smoothly even the most memory intensive applications & still shows no signs of lag. 16 GB of internal storage can be expanded to 64 GB via a microSD card.

The Phone comes with a large 3300 mAh battery to support it's 5.9 inch screen with Super LCD Capacitive touchscreen display having a resolution of 1080 x 1920 at 373 ppi.

HTC One Max comes with a 4 megapixel rear Camera and 2.1 megapixel front Camera.

Xiaomi is widely tipped to launch a foldable smartphone this year. Over the past few weeks, the company we've seen a lot of leaks about this device, and now a new leak has revealed what...