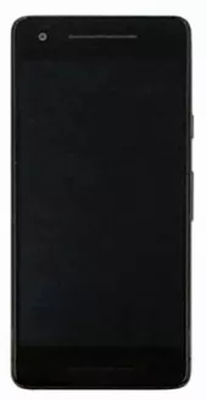 Google Pixel 128GB was launched in October 2016 & runs on Android 7.1 OS. The Smartphone is available in two color options i.e. Very Black, Quite Silver & has a built in fingerprint sensor as the primary security feature, along with the host of connectivity options in terms of 3G, 4G, GPS, Wifi, NFC Bluetooth capabilities. The phone is available with 128GB of internal storage.

The Smartphone is powered by 2.15 GHz Quad core Qualcomm Snapdragon 821 Processor. A 4 GB

The Phone comes with a 2770 mAh battery to support it's 5 inch screen with Full HD AMOLED Capacitive touch display having a resolution of 1080 x 1920 at 441 ppi. The screen is also protected by a Corning Gorilla Glass.

Google’s hardware launches have become a lackluster affair since last year when it became clear Google won’t be focusing much on the Indian smartphone market. The Pixel 4 and Pixel 4 XL never made it...

Google Play may soon support peer-to-peer (P2P) sharing of apps to help with installing apps without consuming precious mobile data. A teardown of the Google Playstore app suggests the feature is in the works, and...

With Android 11 now rolling out to the Pixel phones, Google has also announced a new Google Assistant feature that can identify calls from genuine business numbers from those that are known to be fraudulent....

Canon cameras can now upload photos directly to Google Photos using the latest image.canon app on Android and iOS. Google and Canon havw collaborated to bring the feature to DSLRs for the first time. Canon users...