The HTC Desire 820s is not a performance beast nor the lazy non-performer, it settles itself for somewhere in between. It is a good combination of features which make it a considerable choice over a few but still lacks the overalls to be unequivocally recommended without an ‘if’ clause. 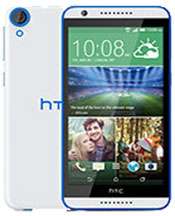 HTC Desire 820s was launched in April 2015 & runs on Android 4.4 OS. The Smartphone is available only in one color i.e. default & provides a host of connectivity options in terms of 3G, 4G, GPS Bluetooth capabilities. Priced at Rs. 7860 the phone is available with 16 GB of internal storage.

The Smartphone is powered by 1.7 Ghz Octa core MediaTek MT6572 Processor. A 2 GB of RAM ensures phone runs smoothly even the most memory intensive applications &

still shows no signs of lag. 16 GB of internal storage can be expanded to 32 GB via a microSD card.

The Phone comes with a 2600 mAh battery to support it's 5.5 inch screen with IPS LCD Capacitive touchscreen display having a resolution of 720 x 1280 at 267 ppi.

HTC Desire 820s Price In India Starts From Rs.7860 The best price of HTC Desire 820s is Rs.7860 on Amazon.This Mobile Phones is expected to be available in 16GB variant(s).

HTC One X Plus