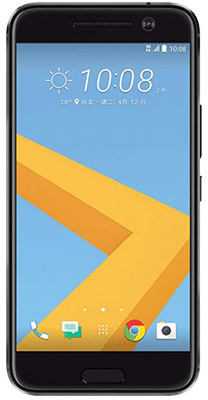 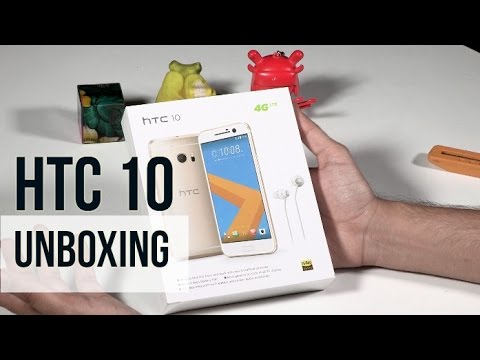 The HTC 10 is the best flagship that HTC has created in a long time. It's on par, and sometimes even better than its competitors, but that may not be enough. The battery life isn't great, and though the camera is good, it's not always dependable. It's the best phone for audiophiles, though.

HTC 10 in pictures View All

HTC 10 was launched in May 2017 & runs on Android 6.0.1 OS. The Smartphone is available in two color options i.e. Carbon Gray, Topaz Gold & has a built in fingerprint sensor as the primary security feature, along with the host of connectivity options in terms of 3G, 4G, GPS, Wifi, NFC Bluetooth capabilities. Priced at Rs. 38800 the phone is available with 32 GB of internal storage.

The Smartphone is powered by 2.15 GHz Quad core Qualcomm Snapdragon 820 Processor. A 4 GB of RAM ensures phone runs smoothly even the most memory intensive applications & still shows no signs of lag. 32 GB of internal storage can be expanded to 2 TB via a microSD card.

The Phone comes with a large 3000 mAh battery to support it's 5.2 inch screen with Quad HD Super LCD 5 Capacitive touchscreen display having a resolution of 1440 x 2560 at 565 ppi. The screen is also protected by a Corning Gorilla Glass.

HTC 10 comes with a 12 megapixel rear Camera and 5 megapixel front Camera. The Smartphone is also loaded with Optical Image Stablization and has a low camera aperture of 1.8. It also supports Face Detection and high dynamic range(HDR) imaging.

HTC 10 In NewsView All

The OnePlus 10 is expected to launch sometime later this year as the successor to the OnePlus 9 from 2021. Meanwhile, the OnePlus 10 Pro (review) has already made its way to the Indian shores packed...

OnePlus 10 Pro launched in India with 80W charger in the box: Price and Specs

OnePlus 10 Pro is finally here in India. The company held an online event to introduce it, the Bullets Wireless Z2 earbuds, and a silver color variant of OnePlus Buds Pro. You may know the...

OnePlus has revealed the OnePlus 10 Pro(₹ 66999 at amazon) launch date to be March 31 and in India, the launch event will start at 7:30 PM IST. In the official announcement tweet, OnePlus says,...

It’s been quite a while since its debut, but the OnePlus 10 Pro is finally close to a launch in India. OnePlus had already confirmed it would launch the flagship smartphone sometime in March and...