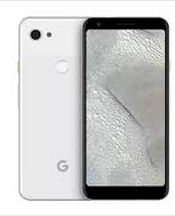 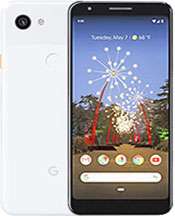 Google Pixel 3a has a 5.6-inch OELD display. The phone has a display resolution of 2220 x 1080 pixels and 440 ppi. It runs on Android 9.0 OS out of the box and is powered by a QUALCOMM snapdragon 670 Soc. The phone has an Active Edge feature which allows users to summon Google Assistant just by squeezing the device. The Google Pixel 3a has 64GB of local storage and 4GB RAM.

was announced at Google's I/O 2019 keynote address. The Pixel 3a is an affordable offering by Google, and is meant to compete with mid-range premium smartphones from Apple and Samsung. Google pixel 3a price in India is Rs 39999. The company has also announced a free 3-month YouTube Music Premium subscription with the smartphone.

Google pixel 3a specifications include a 5.6-inch display with 1080 x 2220 pixels resolution and 441 ppi density. Under the hood, the device is powered by Snapdragon 670 SoC with 4GB of LPDDR4x RAM, and 64GB of storage. Connectivity options included in the device are Bluetooth, USB, Wi-Fi, GPS, and 4G. The phone has a 12.2 MP rear camera with dual pixel PDAF, Dual-LED flash, HDR, and panorama. The phone has an 8 MP selfie camera and HDR.

Google pixel 3a features the latest version of Android 9.0 Pie, and will get a minimum 3 years of OS and security updates. The device comes with the company's AR Core framework for augmented reality applications. It has an accelerometer, ambient light sensor, magnetometer, barometer, gyroscope, and a proximity sensor. The Pixel 3a comes with a rear Imprint fingerprint sensor and an Active Edge sensor. The phone is available in Clearly White, Just Black, and Purplish colours.

Google pixel 3a launch date release date in India is May 15, and the phone is now up for pre-order from 12:30pm IST on May 8 via Flipkart. The Pixel 3a is backed by a 3,000mAh battery which the company says will deliver up to 12 hours of video playback time. It comes with support for fast charging and can easily last for a day with moderate use. The phone measures in at 151.3x70.1x8.2mm, and weighs just 147 grams.

Compare Google Pixel 3a VS OnePlus 8

Google's Pixel lineup of smartphones, especially, the last couple of phones hasn't been super popular in the market. But it looks like Google is ready to change that with its next Pixel phone. According to...

Google wants to double-down its efforts for selling Pixel smartphones in India, ahead of the rumoured launch of Pixel 5a. The Pixel 4a (Review) was the only smartphone from Google to launch in India in 2020....