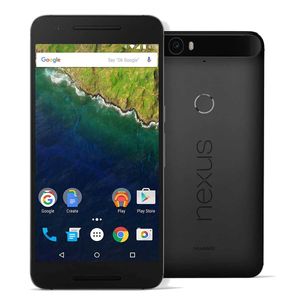 Google Nexus 6P 64GB was launched in June 2021 & runs on Android 6.0 OS. The Smartphone is available only in one color i.e. Black & has a built in fingerprint sensor as the primary security feature, along with the host of connectivity options in terms of 3G, 4G, GPS, Wifi, NFC Bluetooth capabilities. The phone is available with 64GB of internal storage.

The Smartphone is powered by 2GHz Octa core Qualcomm Snapdragon 810 Processor. A 3 GB of RAM ensures phone runs smoothly even the most memory intensive applications & still shows no signs of lag. 64GB of internal storage can not be expanded further.

Honor looks set to mark its grand comeback in the global market. The phone that will mark the company's return is the Honor 50. The company has confirmed that the device will pack pre-installed Google apps and services....

Google is bringing its A-game later this year with the Pixel 6 lineup that could include the Pixel 6 and Pixel 6 Pro, after sticking to a single variant last year. Google did not release...