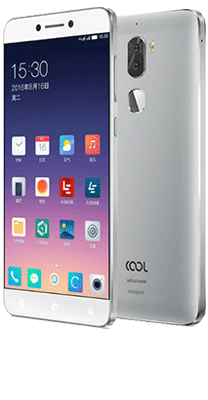 Coolpad 8737A is rumoured to be launched in January 2017 & is expected to run on Android 6.0.1 OS. The Smartphone is expected to be made available only in one color i.e. default & will have a built in fingerprint sensor as the primary security feature, along with the host of connectivity options in terms of 3G, 4G, GPS, Wifi Bluetooth capabilities. The pricing of the phone is speculated to be around Rs. 6999 & will come with 16 GB

As far as the specifications are concerned, the Smartphone is tipped to be powered by 1.1 GHz Octa core processor. A 2 GB of RAM will help phone run smoothly even the most memory intensive applications without showing any signs of lag. The internal storage is expected to be expandable to 64 GB via a microSD card.

The phone in all probability will come with a 2500 mAh battery to support it's 5 inch screen with HD IPS LCD Capacitive touchscreen display having a resolution of 720 x 1280 at 294 ppi.

Coolpad 8737A is speculated to boast of a 8 megapixel rear and 5 megapixel front Camera.

Compare Coolpad Note 3 VS Coolpad 8737A