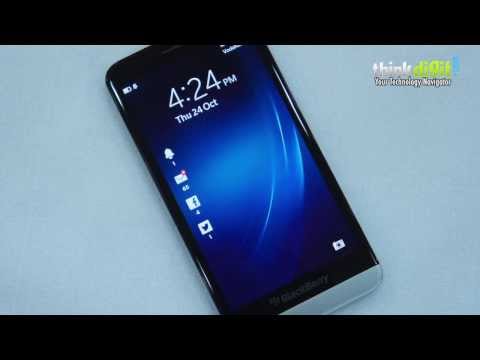 Buy the BlackBerry Z30 if you are or have been a BlackBerry user and are looking to stay with the company. If watching movies or having the latest apps comes second to using social networking and messaging apps, and you arenâ€™t already invested in any other mobile OS, in that case too, the Z30 will suit you. For the rest who want the latest apps and the best possible multimedia and gaming experiences on a smartphone, there are better alternatives to consider than the Z30.

Blackberry Z30 was launched in September 2013 & runs on BB OS 10.2 OS. The Smartphone is available only in one color i.e. default & provides a host of connectivity options in terms of 3G, GPS, Wifi capabilities. The phone is available with 16 GB of internal storage.

The Smartphone is powered by 1.7 Ghz Dual core Qualcomm Snapdragon S4Pro Processor. A 2 GB of RAM ensures phone runs smoothly even the most memory intensive applications & still shows no signs

of lag. 16 GB of internal storage can be expanded to 64 GB via a microSD card.

The Phone comes with a 2880 mAh battery to support it's 5 inch screen with OLED Capacitive touchscreen display having a resolution of 720 x 1280 at 294 ppi.

Blackberry Z30 comes with a 8 megapixel rear Camera and 2 megapixel front Camera. The Smartphone has a low camera aperture of f/2.2.