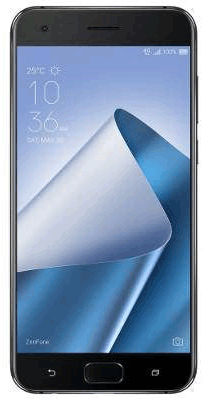 Asus Zenfone 4 Pro was launched in August 2017 & runs on Android 7.1.1 OS. The Smartphone is available in two color options i.e. Moonlight white, Pure Black & has a built in fingerprint sensor as the primary security feature, along with the host of connectivity options in terms of 3G, 4G, GPS, Wifi, NFC Bluetooth capabilities. The phone comes in 64GB & 128GB variants.

The Smartphone is powered by 2.35 GHz Octa core Qualcomm Snapdragon 835 Processor. A 6 GB

of RAM ensures phone runs smoothly even the most memory intensive applications & still shows no signs of lag. 64GB & 128GB of internal storage options can be expanded to 128 GB via a microSD card.

The Phone comes with a large 3600 mAh battery to support it's 5.5 inch screen with Full HD IPS LCD Capacitive Touchscreen display having a resolution of 1920 x 1080 at 401 ppi. The screen is also protected by a Corning Gorilla Glass.

Poco M2 Pro has been spotted on Geekbench ahead of its official launch on July 7 in India. The M2 Pro is the first phone in a new lineup by Poco and as per previous...

Asus ROG Phone III is officially set to launch on July 22 in what would be a global online launch for Taipei, Milan and New York. After several rounds of rumours and purported leaks, Asus...

Asus ROG Phone III is officially set to launch in July, the company has confirmed. After being listed on Geekbench and AnTuTu, spotted on TENAA and being featured in a leaked hands-on video, the third...

Asus ROG Phone III has been shown-off in an alleged hands-on video leaked on YouTube. The sequel to ROG Phone II is a much-anticipated gaming phone which briefly appeared on Geekbench, TENAA and AnTuTu, giving...