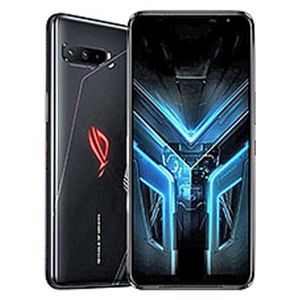 The Asus ROG Phone 3 is a giant in both the form factor and in its performance. So while the former will put off buyers looking for a regular flagship, it's the latter that means a lot more to hardcore gamers.

Asus ROG Phone 3 is announced to be launched in August 2020 & will run on Android 10 OS. The Smartphone will be available only in one color i.e. Black & will also have a built in fingerprint sensor as the primary security feature, along with the host of connectivity options in terms of 3G, 4G, Wifi, NFC Bluetooth capabilities. The phone will come with 128 GB of internal storage.

GHz Octa-core core Qualcomm SM8250 Snapdragon 865+ Processor. A 12 GB of RAM will ensure phone runs smoothly even the most memory intensive applications & show no signs of lag. 128 GB oof internal storage will not be open for expansion at all.

Asus ROG Phone 3 will boasts of dual primary camera of 64 + 13 + 5 megapixel and 24 megapixel front Camera. The Smartphone will have a low camera aperture of f/1.8. It will support high dynamic range(HDR) imaging.

Google Pixel 4a is confirmed to launch on August 3 as the company has started teasing the phone on its website and official social media handles. “The Google Just What You’ve Been Waiting For Phone”...

Jio is reportedly planning to launch the third generation of Jio Phone, aimed at the feature phone market. Codenamed the JioPhone 5, the new version will also be a feature phone, not to be confused with the affordable...

Xiaomi has started teasing a new Redmi smartphone launch on its social media accounts. It is expected to be the Redmi 9, which was launched in China earlier this month. The teaser shows a phone...

Google Pixel 4a could finally launch on August 3 after being delayed multiple times in the past few months. The delay in the announcement was also a result of the Coronavirus outbreak in different parts...