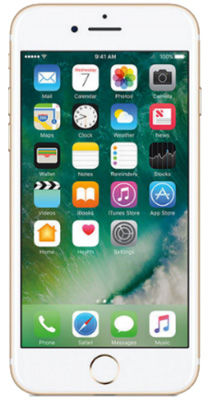 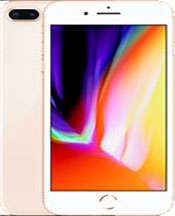 Apple iPhone 8 Plus 256GB was launched in September 2017 & runs on iOS 11. The Smartphone is available in three color options i.e. Gold, Space Gray, Silver & has a built in fingerprint sensor as the primary security feature, along with the host of connectivity options in terms of 3G, 4G, GPS, Wifi, NFC Bluetooth capabilities. Priced at Rs. 47900 the phone is available with 256GB of internal storage.

The Smartphone is powered by a Hexa core Apple A11 Bionic

Processor. A 3 GB of RAM ensures phone runs smoothly even the most memory intensive applications & still shows no signs of lag. 256GB of internal storage can not be expanded further.

The Phone comes with a 2691 mAh battery to support it's 5.5 inch screen with IPS LCD display having a resolution of 1080 x 1920 at 401 ppi. The screen is also protected by a durable Scratch Resistant glass.

Compare Apple iPhone 8 Plus 256GB VS Samsung Galaxy S10 Plus

The iPhone is one of the most anticipated devices each year and this year is no different. We are already seeing many leaks about the iPhone 12 and a lot of new information is cropping...

The ongoing coronavirus pandemic which has ravaged the supply chain and launch plans for smartphones and other gadgets may just create history for this year’s iPhone launch. Owing to delays in mass production, Apple CFO...

Apple iPhone 12 lineup is officially confirmed to be delayed by a few weeks, the company revealed during its earnings call for the third quarter. Previously, in its Q3 earnings call, Qualcomm had hinted that its...