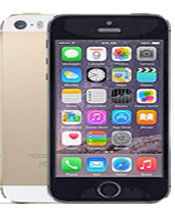 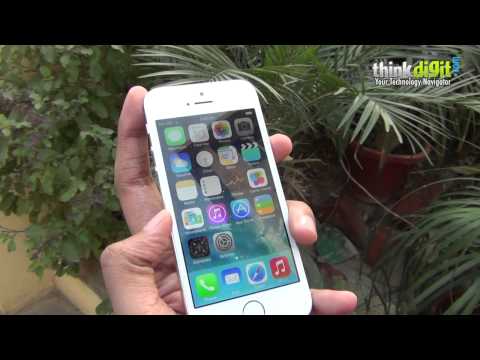 The iPhone 5s is, quite truly, nothing like a typical "s" cycle upgrade. The new iPhone gets the processor upgrade, as well as a dedicated motion processor. The camera not only has a lot more features, but is a marked improvement over the fairly competent iPhone 5, which it succeeds. Touch ID feels at home straightaway. However, till the time your apps get updated to take care of the 64-bit architecture or the motion co-processor or the fingerprint sensor, the 5s feels like an incremental update. But, the future proofing is undeniable, and apps will soon fall in line. Not a big enough upgrade for anyone already using an iPhone 5. But, for anyone using a 4s, the iPhone 5c was itself a big upgrade and the 5s is just massive. 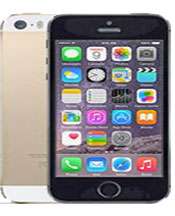 Apple iPhone 5S was launched in August 2016 & runs on iOS 7. The Smartphone is available only in one color i.e. default & has a built in fingerprint sensor as the primary security feature, along with the host of connectivity options in terms of 3G, GPS, Wifi capabilities. Priced at Rs. 44500 the phone is available with 32 GB of internal storage.

The Smartphone is powered by 1.3 GHz Dual core A7 Processor. A 1 GB of RAM ensures phone

runs smoothly even the most memory intensive applications & still shows no signs of lag. 32 GB of internal storage can not be expanded further.

Apple iPhone 5S comes with a 8 megapixel rear Camera and 1.2 megapixel front Camera. The Smartphone has a low camera aperture of f/2.2.

Apple iPhone 5S Price In India Starts From Rs.16500 The best price of Apple iPhone 5S is Rs.16500 on Amazon.This Mobile Phones is expected to be available in 32GB variant(s).

Apple is all over the news right now for various iPhone rumors and speculations. The company is expected to announce the iPhone 13 series later this year, an iPhone (iPhone 14 Pro?) with a punch-hole display...

Samsung seems to have some huge plans for its upcoming Exynos 2200 chipset. We first heard about it a few days back in a report that said this SoC will power an ARM Windows 10...

While we are still scratching our heads, trying to figure out what Apple has in store for us this year, we already have some news about the 2022 iPhones. That's right, there are some reports...

Apple launched its iPhone 12 line-up of phones towards the end of last year. The company launched as many as four new phones -- the iPhone 12 mini, iPhone 12, iPhone 12 Pro, iPhone 12...