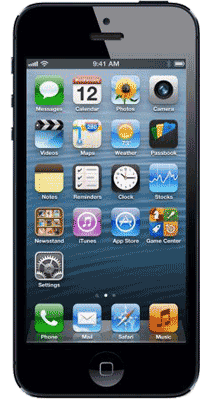 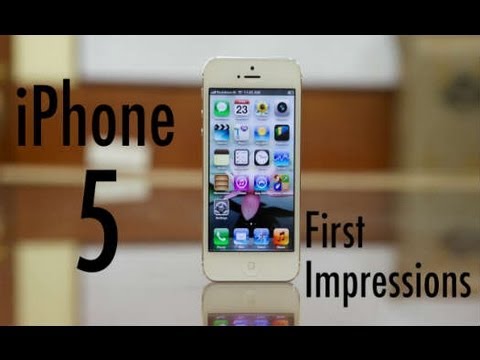 The Apple iPhone 5 is the best iPhone in the market, but that really isn't a surprise, is it? But then again, for a phone that costs Rs. 45,500, it better justify the expense. The iPhone 5 is an incremental update over the 4S, but the best phone incrementally improved is equal to a huge improvement. Yes, the nano-SIM is a pain to get, and the Maps are pretty much ruined. But what you get is exquisite build quality, blazing fast performance, very good battery life, one of the best cameras in a phone and a display that just makes using the iPhone a lot more fun.
Read full Review

Apple iPhone 5 32GB was launched in October 2015 & runs on iOS 6. The Smartphone is available only in one color i.e. default & has a built in fingerprint sensor as the primary security feature, along with the host of connectivity options in terms of 3G, GPS, Wifi capabilities. Priced at Rs. 10999 the phone is available with 32 GB of internal storage.

The Smartphone is powered by 1.2 Ghz Dual core A6 Processor. A 1 GB of RAM ensures

phone runs smoothly even the most memory intensive applications & still shows no signs of lag. 32 GB of internal storage can not be expanded further.

The Phone comes with a 1440 mAh battery to support it's 4 inch screen with IPS Retina Display display having a resolution of 640 x 1136 at 326 ppi. The screen is also protected by a durable Scratch Resistant glass.

Apple iPhone 5 32GB comes with a 8 megapixel rear Camera and 1.2 megapixel front Camera. The Smartphone is also loaded with Optical Image Stablization and has a low camera aperture of f/2.4.

A former Apple contractor who blew the whistle on the Cupertino-based tech company listening to user’s Siri recordings went public to protest the lack of action taken against Apple. In a letter sent to all...

If rumours are to be believed, Apple could be launching four variants of its 2020 iPhone. Multiple leaks have given us an early peek into a lineup that includes two base models and two Pro...

While the iPhone SE 2020 is expected to be available across all retail channels, the new budget iPhone is yet to go on sale anywhere because of the ongoing lockdown nationwide. However, Flipkart has listed...